The defense is erectile dysfunction and the charge against the lawyer is attempted rape. And also forgetfulness – the defendant lawyer also forgot to take his Viagra.

Manhattan attorney Dan Nelson, charged with attempting to rape a woman in his Midtown office had consumed three bottles of wine prior to meeting the woman in his office following a date that went wrong.

But that was only the beginning of it. At least he hadn’t been charged with attempted rape, but rather with just being the victim of a bad date.

He admitted to the prosecutor that he had “anger issues” with his accuser.

The New York Post had the story, saying that he had met the woman at a bar in the East Village, after drunkenly text messaging about 10 other women.

Still, he and the woman agreed to go to the office of his law firm, Nelson & McCulloch — where the conference room happened to be equipped with a $5,732 Murphy bed.

She mocked his sexual dysfunction as they began trying to have sex, he claimed.

Nelson said he hadn’t expected to get lucky that night and had forgotten to take a Viagra tablet, which cops later found in his pocket.

The intellectual-property lawyer — who makes $50,000 a month and drives a $150,000 Aston Martin convertible — said the mockery made him mad and he told her to get out.

He admitted he angrily grabbed her arm and hair and pushed her toward the door.

“At first, she wouldn’t budge. Then she lunged away from me and twisted around, at which time her dress tore and came off in my hand and her wig came off, ” Nelson told jurors.

The woman had testified that she changed her mind about the one-night stand and that he choked her.

Earlier evidence from the woman was her plan to escape by letting her go to the bathroom.

When she attempted to run for the elevator he allegedly blocked her and grabbed her dress, ripping it off.

He snatched her hair and tried to “yank her out of the elevator,” when her wig came off, according to the evidence.

He was also asked about an incident with another woman where he had allegedly bragged about his $35,000 watch before abusing her.  He didn’t recall the incident.

But he won’t forget this one, no doubt.

Read the firm bio on Dan Nelson below: 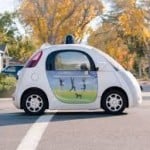