Joon H. Kim, the Acting United States Attorney for the Southern District of New York, announced the award of a judgment yesterday totaling $296,298,325 against the entities formerly known as ALLIED HOME MORTGAGE CAPITAL CORPORATION (“ALLIED CAPITAL”) and ALLIED HOME MORTGAGE CORPORATION (“ALLIED CORPORATION”) (collectively, “ALLIED”), and a judgment in the amount of $25,340,496 against ALLIED’s President and Chief Executive Officer JIM C. HODGE (“HODGE”), for over a decade of fraudulent misconduct while participating in the Federal Housing Administration (“FHA”) mortgage insurance program. 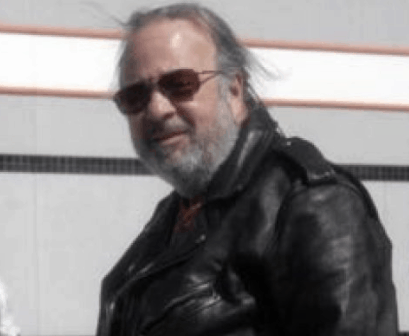 In November 2016, after a five-week trial in Houston, Texas, a unanimous jury found that ALLIED and HODGE violated the False Claims Act (“FCA”) and the Financial Institutions Reform, Recovery, and Enforcement Act of 1989 (“FIRREA”), and caused over $92 million in damages to the United States.

The judgment, ordered by the district court on September 14, 2017, trebles the jury’s $92 million FCA verdict and imposes additional statutory penalties under the FCA and FIRREA as determined by the Court in light of ALLIED and HODGE’s misconduct. The judgment was awarded by United States District Judge George C. Hanks Jr. of the Southern District of Texas, who presided over the trial.

Acting Manhattan U.S. Attorney Joon H. Kim said: “Jim Hodge and Allied defrauded a federal mortgage insurance program designed to help spread the dream of homeownership, and then lied about it repeatedly. A jury saw through their lies, and now the Court has imposed millions of dollars in additional penalties. This Office will continue to investigate and root out fraud in all of its forms.”

According to the evidence presented at trial, ALLIED and HODGE abused the FHA mortgage insurance program by falsely certifying that thousands of high risk, low quality loans were eligible for FHA insurance and then submitting insurance claims to FHA when any of those loans defaulted. Specifically, ALLIED CAPITAL, with the knowledge and approval of HODGE, originated FHA-insured loans from more than one hundred “shadow” branch offices without the authorization of the United States Department of Housing and Urban Development (“HUD”), in order to evade oversight and disguise default rates. In addition, ALLIED CORPORATION, as a participant in HUD’s Direct Endorsement Lender program, recklessly certified thousands of loans for FHA insurance that were in fact ineligible for insurance under HUD’s guidelines. Finally, ALLIED and HODGE operated a dysfunctional quality control department that was not only unqualified and understaffed but also, at HODGE’s direction, submitted falsified quality control reports to HUD auditors and falsely certified that Allied was in compliance with HUD quality control guidelines.