It’s another high profile, UK sex scandal-and-celebrity situation, but this time rock singer Ian Watkins has admitted child sex and abuse offences including an attempt to rape a baby. 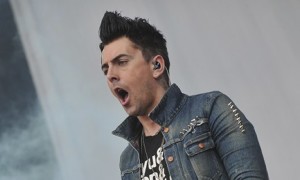 The Guardian reports that
Watkins and two female fans in their 20s, who cannot be named, had been due to stand trial at Cardiff crown court for more than 20 offences, including allegations involving the women’s children, a boy and a girl. He had vociferously denied the accusations and loyal fans had attended court to show their support.

But on Tuesday – after jurors had been warned they would have to examine some very disturbing images and arrangements had been made for them to receive counselling after the trial – Watkins and the women pleaded guilty to almost all the charges against them.

Watkins, whose former band has sold around 3.5m albums, admitted 13 offences over five years, including attempting to rape one of the children and conspiring to rape the other.

The court was told that the two women sexually abused their children at the behest of Watkins and were prepared to make the children available to him for sex. The prosecution said the attempted rape happened while Watkins was staying at a four-star hotel in west London shortly after appearing on BBC Radio 1.

When police investigated Watkins, who is from Pontypridd, they found a secret disc. GCHQ experts helped them get access to the material on the disc, which featured videos of sexual abuse, including the attempted rape.
[wp_ad_camp_1]
Watkins, a user of crack cocaine and crystal meth, maintained he could not remember the incident but the court was told this could have been because he was high on drugs. It emerged he had also discussed forcing his victims to take drugs – and one of them was found to have been exposed to crystal meth.