Ulsteen also admitted that he attempted to conceal this income from the Internal Revenue Service, and in so doing defrauded the United States out of more than $200,000 in taxes. The defendant tendered his guilty plea before U.S. Magistrate Judge Mitchell Dembin, who had previously ordered Ulsteen held on $1 million bond because of the substantial risk that Ulsteen would flee to his native Norway during the pendency of this case.
Ulsteen has been in custody since December 16, 2013, when he left his San Diego home and attempted to leave the country for Norway. Agents from the Federal Bureau of Investigation intercepted Ulsteen at the airport and arrested him on a criminal complaint filed by the FBI’s San Francisco Field Office that alleged Ulsteen had used counterfeit and forged Anturion securities on at least six instances to defraud investors.

At today’s hearing the defendant admitted that between November 2012 and December 2013, he solicited investors from the United States to purportedly purchase shares of stock from, or lend money to, Anturion.  At the same time, Ulsteen also created counterfeit and forged “subscription agreements” and “loan” documents that purported to be authentic securities of Anturion. The defendant presented these counterfeit securities to investors in order to convince them to part with money, and with the intent to deceive investors into believing that the securities were legitimate and that their funds were going to Anturion.
Ulsteen’s scam defrauded investors throughout California out of more than $2 million, which he then directed to accounts in the name of Anturion and another company that Ulsteen controlled.  The defendant admitted that instead of transferring these investments and loans to Anturion, he took the monies for himself and used them to pay for personal expenses and to wire funds to bank accounts overseas.

Multiple investors who attempted to buy Anturion shares from Ulsteen never received them.  The only Anturion shares victims received from the defendant came from his own personal holdings, and not from the company as they had been promised. Investors only received these shares long after they had paid Ulsteen for their supposed purchases, and after a lawyer representing multiple investors sent a letter to Ulsteen accusing him of fraud.  Individual investors who believed they were loaning funds to Anturion either never received their repayment as promised, or never received the Anturion shares to which their loan repayments were supposedly convertible.
In addition to selling forged securities, Ulsteen admitted to corruptly obstructing the IRS’s attempts to assess his true tax liability. Between 2010 and 2012, Ulsteen earned over $1 million from various activities, including from the sale of his Anturion stock.  And several times the IRS notified Ulsteen that he needed to file a federal income tax return and that he owed taxes, penalties and interest. Despite these notifications Ulsteen refused to file a federal income tax return for any of these years, and took several steps to prevent the IRS from learning how much income he had earned.  These included depositing investor funds into the nominee company accounts he controlled, payment of his personal expenses out of these company accounts, and providing incomplete and inaccurate information to a tax return preparer in order to create false federal income tax returns.
Ulsteen remains in custody and is scheduled to be sentenced June 30, 2014, at 2 p.m. before U.S. District Judge M. James Lorenz.

Obstruction of Internal Revenue Laws, in violation of 26 U.S.C. § 7212(a).
Maximum Penalties: 3 years’ imprisonment, $250,000 fine or twice the pecuniary gain or loss resulting from the offense, $100 special assessment, restitution. 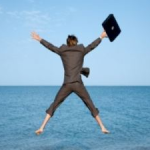 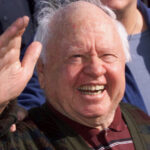