Jeffrey Toobin is a lawyer and legal analyst for CNN.  This is an edited version of the speech he delivered to the Harvard Law Class 2013. 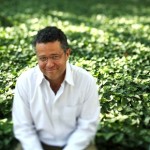 Well, before we talk about where you’re going, let’s talk a little about where you’ve been and how you got here. By and large, you got here because you were really good students. You got good grades—great grades—and scores, or, frankly, you wouldn’t have gotten into Harvard Law School in the first place. And the vast majority of you continued to do well once you got here. That’s great. I’m a big fan of good grades. But I am going to suggest to you that you will find that the skills of a student are of somewhat less use to you once you get out into what is sometimes referred to as “the real world.”

Students follow rules. Students complete assignments. The job of students—in part, at least—is to please their teachers. Now, I realize I may be exaggerating a little here, but basically I think I’m right: students do what they’re told. And I think that might be especially true of law students. After all, law is basically a series of rules, and you came here to learn them. The career recruiting process here at Harvard reinforces these tendencies. The law school runs a conveyor belt of graduates to big law firms, and it’s easy to get on. It can look like just another example of following the rules to sign up for recruiting and then sign on with a top firm. And you can do that, and many of you did, and that’s fine.

Now, I work in cable news, so I am not afraid to say things that are painfully obvious. Here’s one: 2013 is not the greatest time in history to graduate from law school. The legal economy is changing, and it’s hard to think it’s getting better. There are no guarantees anymore, not even for Harvard lawyers. The legal world you’re entering is very different from the one I joined in 1986—and it’s very different from the one you’ll face in ten years, much less thirty.

Here’s something to ponder. As I think about my classmates in law school, today I don’t think one of us is doing what we expected to be when we graduated. Well, maybe one of us: Elena Kagan. But except for Elena—Justice Kagan—everyone else has found that life had other plans. I expect you will find the same thing. Even if you go to the biggest law firm in the world, you are going to have to invent your own career. You are going to have to make it up as you go along.

But I suggest to you that’s actually a very good thing. My classmates who have made it up as they’ve gone along have had the happiest, most satisfying careers. Let me give you an example. When I was in law school, a friend of mine who was a couple years ahead of me had a strange idea for his third-year paper. He decided to put forward the idea that gay people should have a constitutional right to get married. He wasn’t the very first person to think up this idea, but he was close, and the idea of same-sex marriage was very far from the conventional wisdom at the time. Lots of people thought the idea was, frankly, weird, or worse. My friend’s name is Evan Wolfson. After graduating, he was a prosecutor for a few years—we worked together in Washington for a while—and then he became the founder and executive director of Freedom to Marry. Today, there is an exhibit here on campus devoted to Evan’s third-year paper.

When we were in school, the placement office did not have any jobs for careers in advocating same-sex marriage. But Evan invented one, and the results are obvious to all of us. He’s lucky, and we’re lucky for it.

My own career reflects a strange dichotomy between the world we’ve long known and the world that will become. I am fortunate to have two jobs. I am a staff writer at The New Yorker, and I am a legal analyst at CNN. CNN was born just as I was graduating from college. Cable television is just a little older. There was no such thing as a television legal analyst until about 1995 and the O. J. Simpson trial. So I make my living, in part, in a job that didn’t even exist when I went to law school. I’m sure that’s true for many parents here. Even if the jobs existed, what we do—and how we do it—is completely different from what went before. That will be true for you too.

Here’s the video of Toobin’s speech: 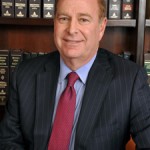