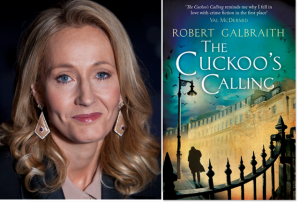 It was supposed to be a secret and secrets best kept are undoubtedly those not revealed, even to a trusted lawyer.  In this case, the secret was J K Rowling’s and the lawyer was London entertainment lawyer Chris Gossage of law firm Russells who evidently revealed the identity of his famous client as the author “Robert Galbraith” of the book “The Cukoo’s Calling”.


The embarrassing leak was revealed this week and resulted in Russells unreservedly apologising for the leak, which had been shared by Gossage with the best friend of his wife in a private conversation.  It then went via Twitter to a Sunday Times reporter and the rest is public knowledge – and history.

Gossage is in fact a lawyer focused upon corporate work within the entertainment business, focused upon film, television and theatre deals.  His firm profile notes he is a lawyer able to dispense “calm and thorough advice, preparation and negotiation in the highly pressurised world of corporate transactions.”

Whether the leak will lose Russells the J K Rowling work is a matter of speculation.

J K Rowling, as anyone might expect, was less than impressed.  The famous author, whose book sales for the crime book have rocketed to the top of Amazon’s list, said “To say that I am disappointed is an understatement. I had assumed that I could expect total confidentiality from Russells, a reputable professional firm, and I feel very angry that my trust turned out to be misplaced.”

A Russells spokesman added: “”Whilst accepting his own culpability, the disclosure was made in confidence to someone he trusted implicitly. On becoming aware of the circumstances, we immediately notified JK Rowling’s agent.

“We can confirm that this leak was not part of any marketing plan and that neither JK Rowling, her agent nor publishers were in any way involved.”

The Cuckoo’s Calling remained at the top of Amazon.co.uk’s bestselling list on Thursday for the fourth consecutive day.

The novel had only sold 1,500 hardback copies since being published in April but on Monday raced to the top of bestseller list, leaving high street and online book merchants unable to meet demand.