U.S. Attorney Preet Bharara said:  “John Galanis helped develop and execute an elaborate plan to secretly obtain undisclosed control of millions of shares of Gerova Financial Group stock, falsely pump up the demand, and then cash out, making millions in ill-gotten profits.  For John Galanis, this is just the latest chapter in a lifetime of fraud that has included three prior convictions, including one that resulted in a prison sentence of 27 years.”

According to the allegations contained in the Indictment filed against JOHN GALANIS and his co-conspirators and statements made in related court filings and proceedings[1]:

From 2009 to 2011, JOHN GALANIS, along with his co-conspirators Jason Galanis, Jared Galanis, Gary Hirst, Derek Galanis, Ymer Shahini, and Gavin Hamels, engaged in a scheme to defraud the shareholders of a publicly traded company called Gerova Financial Group, Ltd. (“Gerova”), and the investing public, by obtaining secret control over millions of shares of Gerova stock and then manipulating the market for the stock as the defendants caused their secretly held shares to be sold.  As part of the scheme, the defendants fraudulently generated demand for Gerova stock by bribing investment advisers to purchase for client accounts the Gerova stock that was sold by the defendants, thereby enabling the defendants to cash out from the scheme and make millions in illegal profits.

As a part of the scheme to defraud, Jason Galanis obtained control over Gerova so as to be able to cause Gerova to enter into transactions of his design, and for his benefit, including the issuance of Gerova stock.  Jason Galanis obtained this control without identifying himself as an officer or director of Gerova to avoid the SEC-imposed bar that prohibited him from holding such positions at publicly traded companies.  Among other means and methods, Jason Galanis, with the assistance of Hirst, caused more than 5 million shares of Gerova stock, which represented nearly half the company’s public float and which were intended for Jason Galanis’s ultimate benefit, to be issued to and held in the name of Shahini, who knowingly served as a foreign nominee for Jason Galanis.  Jason Galanis, JOHN GALANIS, Jared Galanis, Derek Galanis, Hirst, and Shahini understood that the purpose of the stock grant to Shahini was to disguise Jason Galanis’s ownership interest in the stock, and to evade the SEC’s regulations for issuing unregistered shares of stock.

At the same time, and as a further part of the scheme to defraud, JOHN GALANIS, among others, with the knowledge and approval of Jason Galanis, opened and managed brokerage accounts in the name of Shahini (the “Shahini Accounts”), effected the sale of Gerova stock from the Shahini Accounts, and received and concealed the proceeds, knowing that this activity was designed to conceal from the investing public Jason Galanis’s ownership of and control over the Gerova stock.

Trial against defendants Jason Galanis, Gary Hirst, Derek Galanis, and Jared Galanis is scheduled to commence on September 12, 2016 on charges of conspiracy to commit securities fraud, securities fraud, conspiracy to commit wire fraud, and wire fraud, and with regard to Jason Galanis and Jared Galanis, on charges of investment advisor fraud.  Defendant Ymer Shahini remains a fugitive. The allegations contained in the Indictment as to those defendants are merely accusations, and they are presumed innocent unless and until proven guilty.

Mr. Bharara praised the work of the U.S. Postal Inspection Service and the Federal Bureau of Investigation, and thanked the SEC.

This case is being handled by the Office’s Securities and Commodities Fraud Task Force.  Assistant U.S. Attorneys Brian Blais, Aimee Hector, and Rebecca Mermelstein are in charge of the prosecution. 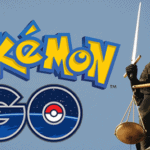 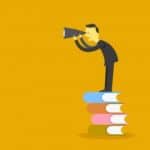