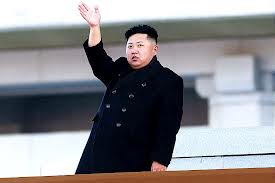 North Korean leader Kim Jong-un is running a torture and extermination system under his repressive rule on the same level as Hitler’s Germany.

So says a Unitede Nations report from former eminent Australian jurist Michael Kirby, who recommended that the dictator and his henchmen be referred to the International Criminal Court for crimes against humanity that could amount to genocide.

Judge Kirby’s report included testimony from those who had escaped the wrath and murder of Kim’s family and who provide chilling evidence of the Korean gulags and life in the totalitarian state.

The Australian newspaper reported that Mr Kirby, a former High Court judge who was reduced to tears during some of the hearings, said the world now had no excuse not to act against North Korea. “The gravity, scale and nature of these violations reveal a state that does not have any parallel in the contemporary world,” he said yesterday on releasing the report in Geneva.

“We should be ashamed if we do not act on this report. This is not theory; this is a practical examination of the stories of people who give very vivid accounts.

“Too many times in this building there are reports and no action. Well, this is a time for action. We can’t say we didn’t know. We now all do know.”

The 400-page report found North Korea, now under the control of Kim Jong-un, is just as brutal as under his father Kim Jong-il and his grandfather Kim Il-sung.

The rogue state refused to participate in the commission of inquiry, although Mr Kirby sent Kim a letter advising that the panel had recommended referral to the International Criminal Court to ensure any culprits, “including possibly yourself”, were held accountable. The report also singled out China for abetting human rights abuses in North Korea by turning back escapees caught on its territory even though they are routinely tortured, imprisoned, raped and even killed by authorities on their return. North Korea’s human rights abuses are no secret, but the report marks the first conclusive finding against the hereditary Stalinist state by a body such as the UN.

Nevertheless, the prospects of Kim and his regime being brought before the ICC seem slim in the short term; China usually uses its powers in the UN Security Council to stymie meaningful action against its troublesome ally.

But the commission’s report ensures that human rights — effectively ignored even by North Korea’s enemies because of its nuclear and conventional military threats — can no longer be brushed aside so easily.

The governments of South Korea, the US and Japan express concern about North Korea’s atrocities, but the regime’s military attacks on its neighbour, its missile tests and its nuclear program ensure that avoiding war is their primary concern. The risks of a conflict involving the US and China, and the likely economic and physical damage in South Korea, tend to rule out attempts to forcibly topple the Kim regime.

The testimony of defectors before the commission painted a ghastly picture of life inside North Korea, where up to one in 200 citizens are imprisoned by the state and the entire populace, save for a small elite, lives in perpetual hunger and fear. Survivors of torture told of the deprivation and cruelty within the camps, with inmates worked to death and those who survived forced to eat rats and inform on relatives to survive.

Public executions were routine, defectors told the inquiry, and security forces continued to kill citizens outside the camps accused of real or imagine acts against the regime. The population of the camps, whose existence the regime denies, has dwindled from more than 200,000 to about 100,000 amid “deliberate starvation, forced labour, executions, torture, rape and … infanticide”, the inquiry found.

The commission, which heard from 320 witnesses during hearings in Seoul, Tokyo and the US, found the Kim family operated a program of indoctrination and starvation to enforce “loyalty” among an oppressed populace. Citizens had no freedom of movement, expression, information or religious expression, the report concludes. It also documents the songbun class system where all families are classified according to perceived loyalty to the regime.

Should Kim Song Un face the international community for his crimes?  Comment below 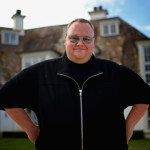 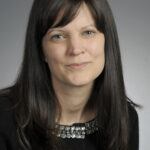