Chadbourne advised the sponsors of the project on drafting, negotiating and finalizing the finance documentation, as well as the EPC and O&M contracts for the project.

The Bokpoort CSP is a greenfield project being developed on a build, own and operate (BOO) basis that will generate power using Concentrated Solar Power (CSP) parabolic trough technology. Located in the Northern Cape province of South Africa, 600km west of Johannesburg, the power plant will have a net generation capacity of 50 MW, with 9.3 hours of thermal energy storage—the largest thermal storage ever adopted for a solar power plant of this class and capacity to date and the only renewable plant able to assist the South African grid to meet peak demand for power between 5 p.m. and 9 p.m.

As one of only 19 projects selected by South Africa’s Department of Energy among 79 bids submitted for the second phase of the Renewable Energy IPP Program (REIPPP2), the project was the only CSP technology selected, while the others are based on PV, wind and hydro technologies.

This deal is the latest in a number of South African renewable power projects for Chadbourne. The firm recently represented Google Inc. in its investment in the Jasper Power Project, a 96 MW solar photovoltaic plant in the Northern Cape province of South Africa, marking the technology company’s first renewable energy investment in Africa. Chadbourne also advised Standard Bank in relation to the 20 MW ACSA PV projects in the Northern Cape Province, and the lenders on the 100 MW Dorper wind project situated in the Eastern Cape, which was awarded Project Finance magazine’s African Wind Deal of the Year 2012. 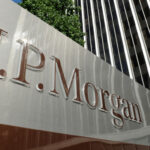