NEW YORK, Aug. 28, 2013 LawFuel.com -Class Action Newswire Service — Bernstein Liebhard LLP today announced that a class action has been commenced in the United States District Court for the Central District of California on behalf of all those who purchased securities of Biolase, Inc. (NASDAQ: BIOL) (“Biolase” or the “Company”) between November 5, 2012 and August 12, 2013,inclusive (the “Class Period”)
[wp_ad_camp_2]

Biolase is a biomedical company that develops, manufactures, and markets lasers in dentistry and medicine and also markets and distributes dental imaging equipment, including cone beam digital x-rays and CAD/CAM intra-oral scanners.
Plaintiffs allege that throughout the Class Period, Defendants made materially false and misleading statements regarding the Company’s business and operations. Specifically, Defendants made false and/or misleading statements and/or failed to disclose that: (i) the Company was facing near term solvency issues; (ii) the Company faced severe liquidity problems; (iii) the Company’s sales were not as strong as reported; and (iv) as a result of the foregoing, the Company’s financial statements were false and misleading at all relevant times.

On August 7, 2013, Biolase issued a press release announcing its second quarter 2013 financial results. Rather than the $15.69 million in revenues defendants had led the market to expect, Biolase reported revenues of just $14.2 million – down 2.74% from the $14.6 million the Company had reported in the fourth quarter 2012 – and a loss of $.06 per share. Then, on August 13, 2013, before the markets opened, the Company announced that it was in violation of its bank covenants. On the news of the revenue and earnings misses and the Company’s violation of prior debt covenants, the price of Biolase common stock, which had traded as high as $6.05 per share in intraday trading during the Class Period, fell more than 80% from that level to close at $1.19 per share on August 13, 2013.

Plaintiffs seek to recover damages on behalf of all Class members who invested in Biolase securities during the Class Period. If you invested in Biolase securities as described above during the Class Period, and either lost money on the transaction or still hold the security, you may wish to join in this action to serve as lead plaintiff. In order to do so, you must meet certain requirements set forth in the applicable law and file appropriate papers no later than October 22, 2013.

If you are interested in discussing your rights as a Biolase shareholder and/or have information relating to the matter, please contact Joseph R. Seidman, Jr. at (877) 779-1414 or [email protected]

Bernstein Liebhard LLP has pursued hundreds of securities, consumer and shareholder rights cases and recovered over $3 billion for its clients. It has been named to The National Law Journal’s “Plaintiffs’ Hot List” in each of the last ten years.

You can obtain a copy of the complaint from the clerk of the court for the United States District Court for the Central District of California.

ATTORNEY ADVERTISING. © 2013 Bernstein Liebhard LLP. The law firm responsible for this advertisement is Bernstein Liebhard LLP, 10 East 40th Street, New York, New York 10016, (212) 779-1414. The lawyer responsible for this advertisement in the State of Connecticut is Michael S. Bigin. Prior results do not guarantee or predict a similar outcome with respect to any future matter. 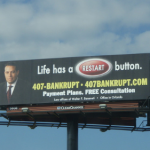