The issue of fees and who is entitled to them is central to just about any law firm’s identity and life. But in the case of some of the largest-ever law firm failures – Coudert Brothers, Thelen LLP and Dewey & LeBoeuf, the issue has reached the highest court in New York.


So who deserves the profits from fees billed after a firm collapses?

Couderts’ collapsed in 20065 and Thelen in 2008 and a New York Court of Appeals decision will decide what money, if any, should go back to the failed firms’ creditors.

The WSJ reports that an even more important issue for law firms – for those operating in New York at least and that’s most of the major firms anywhere -a sense of whether they risk serious financial consequences if they recruit lateral talent—an increasingly important source of new business—from firms on the brink.

At issue is whether the estates of bankrupt law firms have stakes in so-called unfinished business, the assignments taken by partners to a new firm as their old firm dissolves.

Bankruptcy administrators have long argued that they have valid claims.

But partners at the nation’s top law firms say client business isn’t a commodity that can be bought and sold. They say that clients have the freedom to choose counsel, and lawyers—and their new employers—shouldn’t be punished for sticking with an assignment after a law firm collapses.

The case is about “defining who we are,” says New York attorney Ronald Minkoff, who helped draft a friend-of-the-court brief in the case on behalf of three city and state bar associations.

In a brief filed in the Coudert case, nine of the law firms being sued by the bankruptcy estate, say that treating a client matter as a form of property, rather than recognizing a firm’s right to be paid for its work, “is inconsistent with New York law, public policy, and the ethical rules unique to lawyers.”

Lawyers representing Seyfarth Shaw LLP, which faces unfinished-business litigation in the Thelen case, make similar arguments. “Because the court’s conclusion will have a significant impact on lawyer mobility and clients’ ability to hire the lawyers of their choosing, the court should examine New York courts’ long history striking down restrictions on the practice of law and upholding clients’ absolute right to choose counsel and conclude that client matters are not law firm property,” they wrote.

Yann Geron, who is overseeing Thelen’s liquidation, says the unfinished-business doctrine doesn’t threaten a client’s right to choose counsel. “There’s no evidence anywhere in any of these cases…that client choice has been affected by the implementation of this,” Mr. Geron says.

The Fox Rothschild LLP partner has collected about $3 million from firms who have agreed to settle unfinished-business claims.Read more at the Wall Street Journal 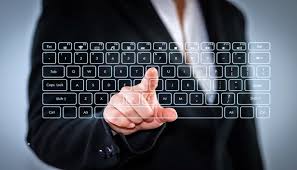