You are here: Home / Latest News / Routine Hacking a Part of the Law Business 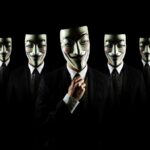 Law firms in the UK are among those “respected industries” that routinely employ criminals to hack and steal business and private information from rivals, according to a report leaked to The Independent newspaper.

The Serious Organised Crime Agency (Soca) knew six years ago that law firms, telecoms giants and insurance were hiring private investigators to break the law and further their commercial interests, the report reveals, yet the agency did next to nothing to disrupt the unlawful trade.

It is understood that one of the key hackers mentioned in the confidential Soca report admitted that 80 per cent of his client list was taken up by law firms, wealthy individuals and insurance companies. Only 20 per cent was attributed to the media, which was investigated by the Leveson Inquiry after widespread public revulsion following the phone-hacking scandal.

Soca, dubbed “Britain’s FBI”, knew six years ago that blue-chip institutions were hiring private investigators to obtain sensitive data – yet did next to nothing to disrupt the unlawful trade. The report was privately supplied to the Leveson Inquiry into press ethics in 2012 yet the corruption in other identified industries, including the law, insurance and debt collectors, and among high-net worth individuals, was not mentioned during the public sessions or included in the final report.

Tom Watson, the campaigning Labour MP, said: “What is astonishing about this whole murky affair is that Soca had knowledge of massive illegal invasions of privacy in the newspaper industry – but also in the supply chains of so-called blue-chip companies.

“I believe they are sitting on physical evidence that has still not been disclosed fully to forensic investigators at the Metropolitan Police. The law should also be rigorously applied to other sectors that have got away with it.”

One of five police investigations reviewed by Soca found private detectives listening in to targets’ phone calls in real-time. The report said a “telephone interception specialist manufactured several devices which were physically attached to the target’s landline at the relevant signal box by a British Telecom-trained telecommunications engineer.”

“It is probably a good idea to overcome any moral hang-ups you might have about ‘snooping’ or ‘dishonesty’,” it read. “The fact is that through learning acts of technical deception, you will be performing a task which is not only of value to us or our client, but to industry as a whole.”

The Independent understands that one of the key hackers mentioned in the report has admitted that 80 per cent of his client list was taken up by law firms, wealthy individuals and insurance firms while only 20 per cent of clients were from the media.

* a celebrity who broadcasts to millions of people every week;

* a well-known media personality, who hired a private investigator to hack his employee’s computer as he suspected she was selling confidential information to business rivals;

* a businessman who hired hackers to obtain intelligence on rivals involved in an ultimately unsuccessful £500m corporate takeover.

A company which was owed money by property developers also hired private detectives to track down the firm’s family information, detailed transactions from four bank accounts, information from credit card statements and an itemised mobile phone bill. The company paid £14,000 for the information.

However, the most common industry employing criminal private detectives is understood to be law firms, including some of those involved in high-end matrimonial proceedings and litigators investigating fraud on behalf of private clients.

Read the full story on The Independent