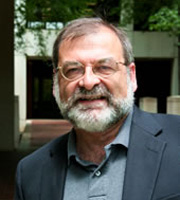 To say, as I do, that the American legal profession is ponderous and backward-looking is no slam on individual lawyers. In describing the legal profession as resistant to change and determined to cling to its own status quo and past, I prescribe a controversial cure for the profession’s recalcitrance: Engage the expertise of creative non­ lawyers in the management of the profession itself. In times of change and challenge, some individual lawyers have seen change around them and adjusted and some have not.


But never has the profession seen change and adjusted. Instead, the profession as an entity has acted as if it had eyes on the back of its head. But none on the front.

My recent book, The American Legal Profession in Crisis: Resistance and Responses to Change, has received some electronic attention from The Wall Street Journal and elsewhere. The blogosphere’s attention so far has focused on the last chapter of the book, in which I offer some possible remedies for this disease. The most controversial remedy that I suggest is that nonlawyers — such as creative managers of cultural, economic, technology and business trends — should be enlisted to take a role in managing the legal profession (not managing any individual lawyer’s work) to help the profession move forward with the flow of the society it claims to serve. For its own self-interest, the profession should welcome their input and even cede some measure of power to them. In exchange, the legal profession would become a more positive force in the change that inevitably comes.

Many of the commenters on the blogs are missing the point and seem to think that the book is just more lawyer-bashing and that I am another pointy-headed academic suffering from a midlife crisis whining about lawyers’ faults. Nothing could be further from the truth: I think the vast majority of individual lawyers are good people trying to serve a vital function in society and make an honest living. My grievance is with the organized profession itself and its institutional responses to change and crisis. Indeed, many individual lawyers are frustrated with backward tendencies of their profession that prevent them from competing effectively in the global legal marketplace, from delivering legal services at lower cost to people, and from taking full advantage of technology and other developments.

The main thrust of my argument is that the legal profession persistently struggles to preserve its own status quo when change is happening all around it. I examine the actions of the profession during periods of time from the early 20th century to the present, when the legal profession self-announced it was in crisis, such as immigration trends in the early 1900s, growing civil rights activism and awareness in the 1950s and ’60s, heightened competition in the 1980s and ’90s, and the current changes in globalization, technology and economics. In every instance, although by different means, the legal profession sought to preserve its status quo against waves of cultural, economic, technological and other change. Mostly these efforts have failed because as the world changes around the profession, eventually the protective walls built around the profession are washed over. Change comes, no matter how much it may be resisted.

Ask members of American Bar Association reform commissions (Ethics 20/20 or Multijurisdictional Practice or Multidisciplinary Practice, for example) about their frustration with the process of profession-reform, and the message is the same: Navigating reform through the ABA House of Delegates is like threading a needle. Major reforms need not apply and often may not even be openly discussed. Commissioners regularly lament that they must avoid even remotely controversial proposals. Success for such a commission is defined as proposing such modest changes that they might be approved by the ABA House of Delegates. The changes approved never quite catch the profession up to the present, let alone thoughtfully project into the future. The 2009 charge issued by the ABA to its Ethics 20/20 Commission, created to examine the dramatic changes taking place in globalization and technology, was to “preserv[e]…, protect…, and maintain.” In the 1870s, the goal of the first bar associations was little different. They were founded to “protect, purify and preserve” the embattled legal profession of the time. Success for the organized profession is about staying as much the same as possible.