Manhattan U.S. Attorney Preet Bharara said: “With today’s civil complaint seeking forfeiture of seven Dutchess County properties allegedly purchased with the proceeds of a sprawling, lengthy human smuggling operation, we continue our work to take the profit out of crime whenever it touches the Southern District of New York. I would like to thank ICE HSI for helping our office to carry out that objective on this case.”

ICE HSI Special-Agent-in-Charge James T. Hayes, Jr., said: “These seizures are an important step in our efforts to dismantle the alleged worldwide human smuggling operation run by Panagiotopoulos. Criminal organizations should be on notice that the United States will not allow proceeds of criminal activity from anywhere in the world to be laundered in our country. HSI New York partners with HSI Attaché offices in Athens and around the world to work closely with U.S. Attorney’s offices to strip criminal organizations of their illicitly obtained assets.”

According to the allegations contained in the Complaint filed today in Manhattan federal court:

Since 2013, ICE HSI, in coordination with Greek law enforcement authorities, investigated the human smuggling and visa fraud activities of Greek national Nikolaos Panagiotopoulos. PANAGIOTOPOULOS is believed to have participated in human smuggling, passport fraud, and visa fraud since at least 2003. As part of this scheme, Panagiotopoulos facilitated the smuggling of foreign nationals, principally Albanian citizens, into the United States, Australia, the United Kingdom, and Canada, in exchange for payments of thousands of dollars per smuggled person. He received payment for his illegal services principally in cash or money orders that he would then launder through bank accounts in the United States and, ultimately through the purchase of real estate, including real estate in Dutchess County, New York.

Panagiotopoulos has recently been arrested and charged by Greek authorities with crimes relating to false applications for passports, and is currently awaiting trial in Athens.

The Complaint includes claims for the forfeiture of seven properties located in the Town of Wappinger, New York, each of which is alleged to have been purchased with PANAGIOTOPOULOS’s fraud proceeds. The Complaint further seeks civil money laundering penalties in the amount of at least $373,297.93.

Mr. Bharara thanked ICE HSI for their work on the investigation.

This civil forfeiture and money laundering case is being overseen by the Office’s Money Laundering and Asset Forfeiture Unit. Assistant U.S. Attorney Andrew C. Adams is in charge of the suit. 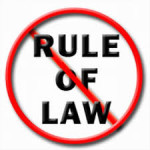