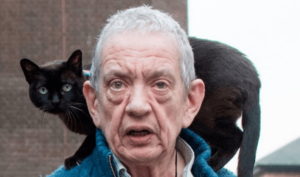 DLA Piper lawyer Alison Gowman  had a little more to deal with than many who have difficult or unusual clients.  A UK court has heard how transgender, pensioner-stalker Aidan Wilshire had “formed an attachment” to the lawyer,  but demonstrated oppressive behaviour that was ‘intrusive, disruptive and intimidating’.

Wiltshire was permitted to bring his cat to court to calm his nerves.  He received an 18 months supervision order as a result of his actions.

He had been living as a woman, calling himself Anne, at the time of the incidents, which involved both Ms Gowman and a church minister.

Wiltshire evidently deluged both Ms Gowman (right) who he incorrectly assumed to be his legal adviser and wrote her numerous letters as well as making persistent calls to her home and office over a two year period, leaving her feeling “beleagured and harassed”.

“It affected their lives practically and professionally 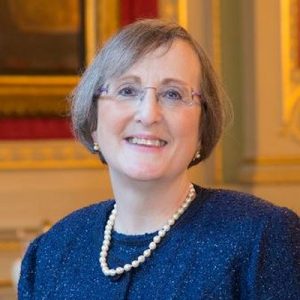 ,” the Judge said. “It intruded into their privacy, it left them feeling besieged, controlled, manipulated, overwhelmed, at risk, hounded and anxious,” said the judge.

Wiltshire’s apparently endless letters and phone calls were not stopped by a court order to desist from his efforts.

The judge said Wiltshire was mentally unwell and told him “you cut an isolated and vulnerable figure”.

“You have significant cognitive impairment and problems of thought disorder.

“You appear to have struggled with issues of gender identity. You may be suffering paranoid schizophrenia or bipolar affective disorder.”