You are here: Home / Crime / Is There A Legal Defense For Sexual Battery In Florida 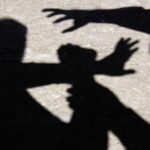 Sexual battery is a serious crime in the state of Florida and elsewhere throughout the nation and world. It’s something that can ruin the lives of many people and put someone behind bars at the end a lengthy trial.

Of course, the two basic definitions represent a very limited idea of what can be used as a defense in a court of law.

Obviously, consent is a concept that is well-known to many people throughout the world. In terms of sexual battery, it represents the voluntary, knowledgeable, apparent, and coherent decision to engage in sexual activity with another person. Consent is required for any sexual activity to be legal in the state of Florida, even if that sexual activity was between two spouses.

Consent can be difficult to prove because, oftentimes, the sexual activity occurs between two people who are not around anyone else. In any event, the victim in this situation must have clearly agreed to the sexual activity for it to be considered consensual (and, thereby, legal).

Any gray area can be used against a defendant in this case. The victim does not even have to physically resist the sexual contact in some cases.

In other cases, something referred to as “coerced submission” can come into play.

A person might agree to sexual contact, but only after extensive prodding or threats. If any kind of force or intimidation is used in order to initiate sexual activity, then it cannot be considered consensual.

For instance, if the defendant threatened to use physical force on the victim or someone else and the victim agreed to sexual contact, then that would not fall under the definition of consent.

For instance, if a defendant did not commit any sort of sexual battery in Escambia County but has been accused anyway, then an Escambia County criminal defense lawyer will have to prove that the allegation was entirely false.

Of course, there is a lot of gray area when it comes to providing legal defenses for sexual battery in the state of Florida. Every individual case is different and requires a different kind of approach.

If you feel as though you’ve been falsely accused of sexual battery in the state of Florida, then it’s important to know these legal defenses and it’s also important to know who to call. A qualified criminal defense attorney is your best bet for fighting these charges to the best of your ability. Otherwise, you could be dead in the water.

Charles Meier is a citizen journalist for publications such as Yahoo Voices and AllVoices. He writes about topics on crime, law, and politics.