At a time of turmoil people look to places of calm – safe havens and pleasant countries to savor their savings and their lives.

So why are billionaires and others seeking a bolthole, or more, in this country?

Favorite bolthole countries are far and wide, from Switzerland with its withering secrecy laws and beauty, Uruguay with its beauty, economic soundness and banking privacy, Thailand with its low cost of living and relative stability.

But most are now losing out to a country that offers all of these things and more – beauty, safety, lack of corruption, strong banking system, Western legal system and a range of attractions that rival any place on earth.

The place the billionaires are loving? 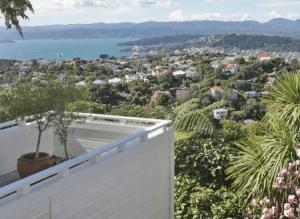 >> One of New Zealand’s Capital’s Top Homes – The Beautiful Capital – Check It Out Here!

So here are some of the billionaires who are flocking to this country at the bottom of the world – best known recently for being the place where “Lord of the Rings” was filmed and now home to two of the world’s best known and richest directors, “Rings'” director Peter Jackson and “Avatar” director/producer James Cameron.

But the billionaires too are finding the economic, physical, legal and social attractions such that they are moving there or – at the very least – building their boltholes, often along with their golf courses and vineyards.

Here are some of the billionaires who are increasingly using New Zealand as their second home.

Hedge Fund guru, chief and founder of Tiger Asset Management, Julian Robertson was an early convert to New Zealand’s environmental, social and fiscal charms, having developed two golf courses in the country which have ranked as among the best in the world, as well as providing financial, philanthropic and cultural donations within the country he calls his second home.

The billionaire co-owner of the Empire State Building via his Empire State Realty Trust, Malkin is a major real estate investor and philanthropist who has bought in the billionaires’ playground at Queenstown and is developing his New Zealand interests.

The former scientist and now Russian steel magnate employing over 125,000 people, Alexander Abramov who is building a $50 million, 2,500 square metre mansion in the country’s sub-tropical north.  Enjoying the peace, serenity and security of New Zealand his luxury bolthole is worthy of any such retreat anywhere in the world and Abramov intends spending more time in New Zealand where he can help direct his iron and steel empire.

Thiel is a major Silicon Valley investor who has also invested heavily in New Zealand, including in one of the country (and the world’s) hottest start-up enterprises, Xero, the accounting software group based in New Zealand capital, Wellington. 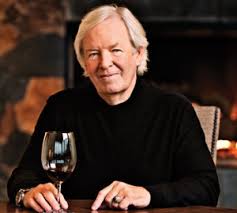 US insurance and wines magnate William Foley has bought vineyards and the exclusive Wharekauhau estate in the wine growing and farming region of the Wairarapa, as well as other food and wines investments in the heavily agricultural country, thoroughly enjoying his expensive and expansive boltholes in the country.

The Chinese rich are rapidly discovering New Zealand, one of those first off the mark being Chinese billionaire Xu Jiayin, owner of the Evergrande Group, the second largest property developer in China, owns properties in New Zealand and enjoys the peace of the country and its investment potential also.

Billionaire private investor Ric Kayne of Kayne Anderson Private Investors has bought and developed one of the most exclusive golf resorts in the world, at Tara Iti, 70 minutes north of Auckland.

A manager of a multi-billion dollar alternative asset fund, Ric Kayne’s super yacht can be frequently seen in New Zealand waters where he cruises the beautiful coastline and checks on his jewel-in-the-crown golf environment designed to blend into the beauty of its natural environment.

And here are 5 reasons why New Zealand may – right now, at least – be the best country in the world to live

New Zealand is a constitutional monarchy, once part of the British Empire and presently a member of the British Commonwealth but governed under the British Westminister system with strong laws and a secure legal and political system.  The politics are central with both major parties occupying center left and center right positions but overlapping so much they could represent the same party in many, major respects.

New Zealand is regarded as the third safest country in the world, according to thew 2013 Global Peace Index and safety is something anyone interested in their future will attach the greatest importance to.

The country itself is not tiny, being about the same size as the UK, but it has just 4.4 million people

The climate in New Zealand is very pleasant, ranging from sub tropical in the north to temperate further south and with ample, unspoiled areas of rainforest, deep bush, beautiful beaches and rivers.  This is a country offering a clean, unspoilt and unpolluted environment that is at once both welcoming and comfortable.  Ample rainfall means the pastures are lush with very few water issues.

Living in New Zealand – An alternative worth considering?