Burr & Forman* – In the world of Twitter, Facebook and LinkedIn, it is no secret that individuals are communicating regularly on their smartphones about their business affairs. Recently, a court addressed the question about whether a text message can constitute a writing sufficient under the Statute of Frauds to create an enforceable contract.

In St. John’s Holdings, LLC v. Two Electronics, LLC, the Massachusetts’ Land Court concluded (in what appears to be a case of first impression) that a string of text messages can constitute a writing under the Statute of Frauds sufficient to bind the parties to sell certain property.

The transaction involved numerous discussions and emails, including four drafts of a letter of intent from Buyer to Seller for purchase of a piece of property.  None of the drafts of the letter were signed by Buyer.

The two agents met later that day to deliver and accept the letter and deposit.  When the Buyer’s agent asked for a copy of the Seller’s executed documents, Seller’s agent sent the following text:

[Seller] was out of town today.  He will get back to us tomorrow.

Here’s the problem: the Seller accepted a third party’s offer to purchase the property at the same time, and refused to execute and deliver the letter of intent from the original Buyer.

The general rule in most states is that contracts for the sale of land are enforceable only if they are supported by writing that includes the essential terms and is signed by the party against whom whom enforcement is sought.

This is called the Statute of Frauds.

Thus, the questions in St. John’s Holdings were: (a) whether a text message can be a writing under the Statute of Frauds; (b) whether the alleged writing contains sufficiently complete terms and an intention to be bound by those terms; (c) whether the text message is signed; and (d) whether there is an offer and acceptance.

The court concluded that the text message from Seller’s agent was a writing that, read in the context of the email exchanges between the parties, contained sufficient terms to state a binding contract between Seller and Buyer.  In addition, the court found that the final text message contained a valid electronic signature to be “signed” within the meaning of the law.

Although this case deals with the purchase of real property, which is subject to the Statute of Frauds, there are many lessons for the modern construction project.

First, we live in a mobile, technology-driven environment.

Even the judge’s opinion reads like a primer on technology: “E-mails facilitate rapid, almost instantaneous communication, but in many cases they analogize more closely to telephone calls, or at least to voice mail messages, shot back and forth between parties whose chief goal is prompt response….”

The judge also noted that “e-mails reveal that the parties are really just ‘talking’ with the help of the internet, and not sitting down across a virtual table to electronically ‘write up’ a memorandum of any contractual significance.”

Second, claims succeed or fail based upon the documentation.

Whether you are talking about the formation of a contract, the validity of a change order, or the supporting evidence for a delay claim, the documents are key to either winning or losing.

Your claim is a story, and it must be told based upon the contemporaneous records on the project.

Third, you must harness digital data.

More and more litigation and arbitration involve discovery of texts, emails and photographs for proving or defending a claim.

You should have a written policy that addresses the use of cell phones and tablets with an eye for document preservation.  Are change orders being discussed by text?

What about photos of an accident?  And did you think about use of personal email accounts by your project members?  All of these issues need to be addressed. 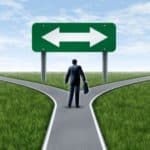 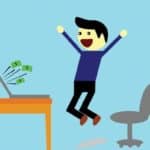