LOS ANGELES – A man who conspired with a former assistant manager of a Bank of America branch in East Los Angeles was sentenced today to 14 years in federal prison for plotting a heist in which his one-time girlfriend wore a fake bomb to simulate a kidnapping to steal approximately $565,000 from the bank.

Reyes “Ray” Vega, 35, of Bell, received the 168-month sentenced from United States District Judge Manuel Real. In addition to the prison term, Judge Real ordered Vega and his co-defendants to pay $556,800 in restitution.

Vega and his then-girlfriend – Aurora Barrera, 33, who now resides in Downey – were convicted in March following a one-week trial in United States District Court. The jury found the couple guilty of conspiracy to commit bank robbery and bank robbery. The jury also found that Vega and Barrera committed the robbery by assaulting a bank employee with a dangerous weapon – the hoax explosive device that Barrera wore when she entered the bank on September 5, 2012.

During the robbery, Barrera walked into the bank with what appeared to be an explosive device taped to her body, convinced a co-worker that she had been kidnapped from her home that morning by two men, and told the co-worker that they had to open the vault and place money outside the bank or else the kidnappers would harm them.

Barrera and her co-worker placed $565,800 of the bank’s money into bags and then threw the bags out the bank’s side door. One of Vega’s longtime friends, Richard Menchaca, picked up the money and drove it away from the bank. Menchaca met up with another accomplice, Bryan Perez, and they moved the money to a safe location.

The device attached to Barrera’s body turned out to be a hoax, but “because the device was attached to a human, the Los Angeles Police Department’s Bomb Squad rushed in without their full protective gear to remove it from Barrera,” according to court documents. “Due to its detailed construction, the Bomb Squad then used a robot to remotely detonate the device, for fear that it might explode and injure a member of law enforcement.”

Menchaca and Perez pleaded guilty and testified at the trial of Vega and Barrera. They are scheduled to be sentenced by Judge Real next month.

Menchaca and Perez collectively received about $150,000 of the robbery proceeds, most of which they spent. The remaining approximately $400,000 has not been recovered.

Barrera is scheduled to be sentenced by Judge Real on August 6.

The investigation in this case was conducted by the Federal Bureau of Investigation and the Huntington Park Police Department. 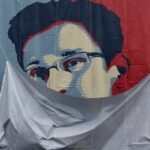