But look closer. Through the middle is a perforated strip permitting the card to be torn in two, with both sides displaying the lawyer’s details on both. 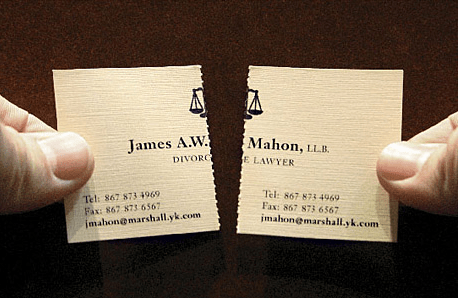 We wanted it to have universal quality so it wasn’t long before the idea of splitting and dividing started working it’s [sic] way into the card.

Seeing as we’ve recently received a request for more cards from our client we can only assume they’ve been a nice addition to an otherwise not-so-nice profession.