Erectile Dysfunction is something of a hush-hush male taboo, but there are ED treatments and cures that are extremely effective.  Medical student at the University of Aberdeen and Advocacy Co-ordinator for Sexpression:UK Jack Fletcher wrote about the taboo for the Huffington Post.

>> Read one of the latest ED Cures here 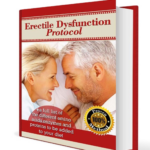 Male impotence is a phenomenon hushed about and related only to old people with prostate problems and something funny that won’t happen to anyone young. The male erection: the epitome of manhood. Yet, almost every man’s prostate will grow with age, but whether it causes problems with your erection is something to ponder on during your increasingly frequent and longer trips to the toilet.

The truth is, impotency can affect anyone, and certainly at any age. It’s a taboo subject that is far more common than most would realise. Just as having an erection at an inappropriate time, often for no real reason; it can be an awkward experience. A comical notion that happens to guys that are not ‘real men’ has created a lot of stigma and also embarrassment for you and a partner.

Fear not! If you had a time where you had all the desire in the world to have sex but ‘couldn’t get it up’, you are certainly not alone. It also has nothing to do with your masculinity. Many things can cause impotence: too much alcohol and/or drugs being very common in younger ages. With young people being a big consumer of these substances, especially in Britain with alcohol, there is a high chance that it will happen to you.

If you don’t ever then great! But that actually makes you in the minority and the rest of us would appreciate your empathy. Depression, a bad day, some medical drugs, tiredness, stress, feeling unwell or just a random commodity are some of the reasons to cause a lack of a mighty sword of monstrosity. There is also medical conditions, injuries to nerves and problems in the pelvis that can be an underlying cause so if it occurs a few times it really is best to take on that fear of seeing the doctor.

So what do you do if it happens to you? Well, the first step is to know beforehand what I’ve been saying that it can happen and is okay. The good news is that it is often something that is momentary and taking a break can help out for an erection to occur later on.

What is vital is communication with you partner.

Saying “sorry but it’s not working just now for some reason”, or words to that effect, can let your partner know what is going on. Stay calm and give as much information as you feel is necessary. Even adding “It’s not that I don’t want to” can be very helpful. Although penetrative sex may be your goal, it can also give you the opportunity and the scapegoat of then changing to some sort of oral or playful sex in the meantime. Being honest and open about what is going on is key and will help you stay calm.