You are here: Home / Personal Injury Attorney / Will Michael Jackson’s Family Be Able to Recover Money in His Wrongful Death Lawsuit?

Ask any personal injury attorney what are the three components necessary to be able to collect on an accident claim and they will tell you that you need the following: (1) Facts sufficient to demonstrate civil liability on the part of an alleged wrongdoer; (2) Damages of a sufficient amount to justify the costs of pursuing the claim; and (3) A “pocket” to collect from in the event a judgment is entered.  This is what accident lawyers like to call the “three leg stool.”  If any one of these legs is weak, the stool could collapse and the case could result in failure. 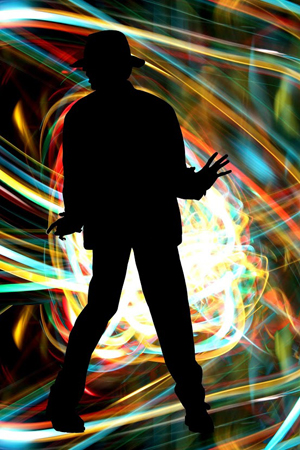 In the case of the Jackson wrongful death claim currently on trial in downtown Los Angeles, the plaintiffs (the surviving heirs of the Michael Jackson estate including his children) are hoping to prevail on all three counts but, as with all civil claims for damages, they face obstacles in each of these three areas.

From the evidence that has been presented to date in the trial and the evidence that I anticipate will be presented based upon my knowledge of the facts surrounding his death, I believe it will be fairly easy to establish liability of Dr. Conrad Murray in negligently administering narcotics.  Dr. Murray has already been convicted in a criminal court of law by a higher “burden of proof” of “beyond a reasonable doubt”.  The standard in this civil proceeding is “by a preponderance of the evidence”.  Moreover, the criminal conviction will probably be admissible to show that criminal negligence occurred in order to show that civil negligence was also in play.  The much tougher proof as to liability will come in trying to show that Dr. Murray was “employed” by the production company and that the company knew or should have known that Dr. Murray was unfit or incompetent but, yet, continued to allow him to operate in a negligent manner.  This will be required in order to hold the company responsible for the negligent acts of Dr. Murray.

From there, the plaintiffs will need to prove their damages.  Under California law, a surviving heir is entitled to recover “economic” damages and “non-economic” damages in a wrongful death lawsuit.  The economic damages in this case would be the financial support that Michael Jackson was providing which will need to be shown by financial records and the testimony of the heirs.  California law on “non-economic” damages are that the heirs are entitled to the value of the loss of “love, companionship, comfort, care, assistance, protection, affection, society and moral support”.  The value of this portion of the claim will hinge upon the relationship that the heirs had with Michael Jackson prior to his death which will be proven mainly through the heir’s testimony.

Finally, the related issue as to “who” is responsible from a legal standpoint for the death will, in my opinion, depend holding the production company civilly liable for Mr. Jackson’s death.  Why is this?  The Jackson’s can get a judgment against Dr. Murray but, he is now a convicted felon headed to prison with a revoked medical license.  Collecting from him will be very difficult unless he had a professional liability insurance policy in place and, even then, the policy limit may not be sufficient to pay for all of the claimed damages.  The much more likely “pocket” to collect from will be the production company and, specifically, their insurance provider.  While evidence of insurance will  not come in at the trial, the existence of an insurance policy with a high limit will most certainly be the most important factor in whether a judgment will actually be paid if the jury finds liability.  The other factor will be how the jury “apportions” liability between Dr. Murray and the production company.  They are allowed to put a percentage of fault for each and the responsibility of paying the judgment, in part, depends upon this apportionment and, in part, depends upon the amounts awarded for “economic” vs. “non-economic” damages.
Tweet
Pin
Share
0 Shares