SAN DIEGO – Donald V. Totten – who had previously operated a lucrative mortgage business from his Rancho Santa Fe home – was sentenced today to 30 months in prison by U.S. District Judge Michael M. Anello for orchestrating a host of fraud schemes. Totten, who has been in custody since his arrest on July 24, 2013, pleaded guilty in February 2014 to four felony counts relating to his mortgage, tax, and bankruptcy frauds.

According to court documents, Totten made millions at the height of the mortgage boom by running national television commercials to recruit borrower clients to refinance their home mortgages. Using a variety of companies – such AS Money World, Island Financial, and Integrated Home Loans – he marketed the “adjustable rate negative-amortization loan,” which allowed borrowers to make low monthly loan payments that did not even cover interest charges or contribute to the outstanding principle balance. Although these loans had very low monthly payments, they increased the borrowers’ outstanding principle loan balance over time. Totten also regularly pitched “stated income” loans, which did not require extensive documentation to support a borrower’s purported income. To deceive lenders into funding these loans, Totten and his staff routinely made up false financial information for clients so they would appear to qualify for loans which, in reality, they could not afford. From this endeavor, Totten took a hefty commission every time a loan closed.

Totten also ran a separate scheme to skim inflated equity from real estate sales, including luxury homes in Hawaii and Colorado. Along with his business partners Jason Kent, Grant and Marisa McCollough, and others, Totten recruited investors to act as “straw” buyers in the purchase and re-sale of property. The conspirators arranged for the buyers’ loan applications to include false financial information, using made-up bank accounts, fictitious employment, and exorbitant salaries—and supported these claims with falsified or fabricated documents. They misrepresented the source of down payments, pretending that the borrowers were contributing their own funds. And they obscured the true recipients of the sale proceeds, so the lenders would not know that Totten and his co-conspirators were the ones profiting from the sales. Once they acquired the properties, the buyers would transfer ownership to Totten without disclosing the transfer to the mortgage lenders. Totten and his co-conspirators used this scheme to obtain a $3.4 million oceanfront home in Lahaina, Hawaii, where the McColloughs lived for several years without making any mortgage payments.

Totten used several of the properties he acquired to fraudulently shelter $3.4 million in taxable income from the Internal Revenue Service. In his tax filings, Totten claimed that he earned deferred, non-taxable gains when in fact, as he knew, the income was taxable. As a result, Totten cheated the IRS out of more than half a million dollars in unpaid taxes.

Totten’s wealth diminished with the real estate crash, and in 2012 he filed for bankruptcy in the District of Hawaii. Totten used the bankruptcy case as yet another opportunity to shelter money that did not rightfully belong to him, hiding nearly $100,000 in income he earned by renting out one of his fraudulently-obtained Hawaii vacation homes. Totten arranged for his associates to collect the rental income on his behalf, so that the trustee charged with control of his bankruptcy estate would not discover the money.

“Prosecuting people who have contributed to the mortgage meltdown is one of my top priorities because they have played such a significant role in our nation’s financial turmoil,” said U.S. Attorney Laura Duffy. “My office will not allow individuals to make themselves rich at the expense of the American people and the taxpayers. I am pleased to report that this defendant’s decade-long crime spree is finally over.”

The McColloughs both pleaded guilty to participating in the conspiracy on September 30, 2014. They are scheduled to be sentenced by Judge Anello on January 5, 2015. Jason Kent pleaded guilty to wire fraud on July 21, 2014, and admitted assisting Totten, the McColloughs, and others in carrying out the mortgage and kickback scheme. Kent’s case was transferred to the District of Hawaii and he is scheduled to be sentenced on February 26, 2015, before U.S. District Judge Leslie E. Kobayashi.

Totten’s employee and loan processor, Shellie Lockard, pleaded guilty to participating in the conspiracy to defraud mortgage lenders. According to her plea agreement, Lockard processed fraudulent loans for Totten, and earned commissions of approximately $1,000 per loan. She was sentenced on September 15, 2014, by Judge Anello, and ordered to serve six months in home detention.

According to court documents, many of the fraudulently-obtained mortgage loans subsequently defaulted, causing mortgage lenders and secondary purchasers, including Fannie Mae and Freddie Mac, to suffer significant losses as a result of the conspiracy. Fannie Mae and Freddie Mac are government-sponsored enterprises with a mission to provide liquidity, stability, and affordability to the U.S. housing market. Both enterprises assist mortgage lenders by purchasing the loans they originate, enabling the lenders to replenish their funds to finance additional mortgage loans for American homebuyers. The statements borrowers make in loan applications are an important factor in Fannie Mae’s and Freddie Mac’s determination whether to purchase a mortgage loan.

Conspiracy to commit wire fraud and defraud the United States, in violation of 18 U.S.C. § 371.

Maximum Penalties: Five years in prison, $250,000 fine or twice the pecuniary gain or loss resulting from the offense, restitution. 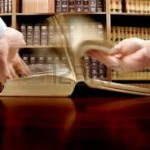