The Motorola Moto E has been unveiled by Motorola in the hope of undercutting some of the main players in the … space, such as Samsung’s Galaxy Fame, the Nokia Lumia 520 and Sony Xperia.

LawFuel technology review John Gavin took a look at the brand new Motorola Moto E and filed the tech review for us:

The phone is a low-cost but feature packed (well, more-or-less packed) compared to most others. It has a distinctiveness that I like personally with some features like the natty silver stripes that run parallel top and bottom of screen and containg the speaker and microphone.

It has the recessed logo for Motorola with the curve around the headphone jack and it fits comfortably in your hand.

But there’s a lot more with this little crackerjack? 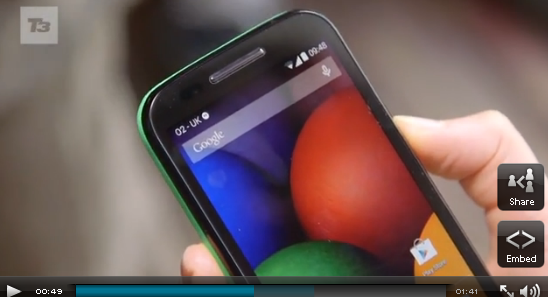 The phone follows the popular Moto X and the Moto E is an attempt by Google’s mobile division to “reinvent” the low-cost smart phone.

The Moto E has a 4.3 inch display, which is edge-to-edge

It has the latest Android 4.4.2 KitKat

It’s cheap. Which is what Motorola are focused on, as well as the features. In the States its just $129. Bah, nothing!

Its sports version has a 540×960 pixel screen which is way ahead of rivals, particularly with the 256ppi pixel density it carries

It has a very big 1980mAh non-removeable battery which has good staying power (all day, at least)

It has a 5 megapixel camera without a flash.

Smaller storage at 4GB, although Motorola provide the ability to expand that up to 32GB

There are some pretty neat styles with white-on-white or glossy black and colorful examples of the Moto that look good. There are some neat special features like an FM tuner on the US model

There is no “selfie” camera.  Maybe that’s a good thing

What about the competition for the Moto E?

There’s no shortage of cheap hardware out there, and more than a few competitors may wind up duking it out with Motorola over first-time smartphone shoppers. Take older, pint-sized versions of high-end phones like the HTC One mini and the Samsung Galaxy S4 Mini — both of them offer more oomph, but even now they’ll cost close to twice what the E does. Speaking of Samsung, you can nab a dual-SIM Galaxy S Duos 2 for close to the same price as the E– you can juggle multiple phone numbers and enjoy a camera with a flash, though TouchWiz could bog things down a bit. 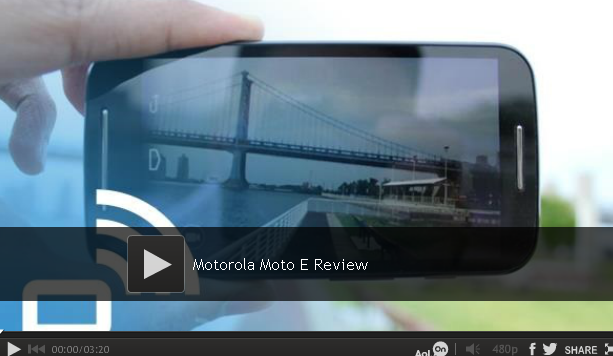 There’s the LG L40, too, a cheapo device the Korean company showed off at MWC. It hovers around the same price range as the Moto E, but its screen is markedly worse and a shortage of RAM doesn’t exactly bode well for performance.

The Nokia X will also give the Moto E a run for its money in certain locales. It’s a curious little thing with its peculiar Finnish pedigree, offbeat launcher and €89 (about $141) price tag, but a weaker spec sheet and Nokia’s control over its own app store means the experience it offers is limited in some key ways. Not all of the E’s competition comes from outside Motorola, either.

The Moto G packs more power and performance into a bigger body, and it’s still only $50 more than its little brother. I’d wager that a decent number of shoppers on a budget will gravitate toward the more impressive G, but the difference in price could be too much for some to swallow.