LOS ANGELES, Friday, Sept. 5 –A Ventura, California man has pleaded guilty to federal fraud charges for his involvement in an $8 million investment scheme that lured investors with false promises relating to the development of an alternative energy technology, Richard S. Hartunian, the United States Attorney for the Northern District of New York, announced today.

Stehl entered his plea before United States District Judge Terry J. Hatter, Jr., who scheduled a sentencing hearing for December 15, 2014. At sentencing, Stehl faces up to 38 years in federal prison.

Judge Hatter allowed Stehl to enter guilty pleas based on the 1970 United States Supreme Court decision in North Carolina v. Alford, which held there is no constitutional bar to a defendant entering a plea of guilty without acknowledging his guilt, if, the defendant concludes he would be convicted after a trial. Stehl and a co-defendant – Richard M. Rossignol, 64, of Los Angeles, California – were arrested in Oxnard, California four years ago in connection with an indictment filed in the Northern District of New York. Both men were charged with conspiracy to commit mail and wire fraud. Additionally, Stehl was charged with several tax charges and lying to federal agents.

The conspiracy count alleged that from 2001 up to the time of the indictment in March 2010, Stehl, Rossignol and others induced victims to invest money in companies that were purportedly developing or utilizing an alternative energy source Stehl claimed he had developed. Investors were told that one of Stehl’s applications related to the processing of precious metals allegedly contained in a slag pile in Silver City, New Mexico.

Stehl and Rossignol were charged with fraudulently obtaining money from investors by making false representations about the status of the process, claiming that contracts and licensing agreements had either been signed, or were about to be signed, that would result in significant financial returns for the investors. Stehl, Rossignol, and others obtained more than $8 million from more than 300 victims, and attempted to obtain at least an additional $50 million. None of the investors received the returns promised by Stehl and Rossignol, and most of the money obtained was used for personal expenditures.

Stehl was living near Saranac Lake, New York, when the scheme started. Stehl moved to Southern California in late 2005. Fraud victims lived across the nation.

Although the indictment was originally filed in federal court in Binghamton, New York, in October 2012 the case was transferred to the Central District of California to accommodate Stehl, who received injuries in an explosion that occurred in a building in Sylmar, California, on August 9, 2011.

In November 2013, Judge Audrey B. Collins, who previously presided over the case, granted a request by Stehl’s attorneys for a separate trial.

Rossignol’s case went to trial in Los Angeles on January 14, 2014. On February 28, the jury convicted Rossignol of the sole count he faced, conspiracy to commit mail and wire fraud. On July 28, Judge Collins sentenced Rossignol to 20 years – the maximum statutory sentence – and immediately remanded him into custody. Judge Collins also ordered Rossignol to pay more than $8.1 million in restitution to the fraud victims. Judge Collins described the fraud as being among the most egregious she had seen in her 20 years on the federal bench. The investigation in this case was conducted by Special Agents of the Internal Revenue Service – Criminal Investigation, New York Field Office, and the Albany, New York, Field Office of the Federal Bureau of Investigation. The case is being prosecuted by Assistant United States Attorney Kevin P. Dooley of the Binghamton branch office in the Northern District of New York. Additional inquiries can be directed to AUSA Dooley at (607) 343-3713, or Executive Assistant John Duncan at (315) 448-0672. 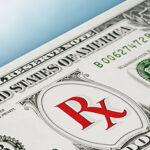 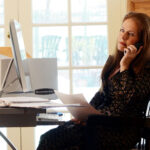