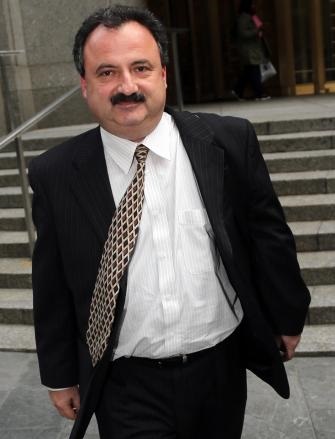 LawFuel.com – The Defendants Must Also Forfeit More Than $40 Million in Crime Proceeds
Preet Bharara, the United States Attorney for the Southern District of New York, announced today that the leaders of the fraud, kickback, and money laundering scheme targeting the City of New York’s (the “City’s”) CityTime information technology project, were sentenced today in Manhattan federal court and ordered to forfeit millions of dollars in cash and property.

MARK MAZER, who managed the CityTime project for the City and who was convicted of defrauding the City, receiving kickbacks while managing the project for the City, and laundering the proceeds of his crimes, was sentenced to 20 years in prison. GERARD DENAULT, who managed the project on behalf of the prime contractor on the project, Science Applications International Corporation (“SAIC”), and who was convicted of defrauding the City, defrauding SAIC of its right to DENAULT’s honest services, and laundering the proceeds of his crimes, was sentenced to 20 years in prison. DIMITRY ARONSHTEIN, who managed a subcontractor on the project and who was convicted of paying kickbacks to MAZER and working with MAZER to launder crime proceeds, was sentenced to 20 years in prison. MAZER, DENAULT, and ARONSHTEIN were sentenced today by U.S. District Judge George B. Daniels, who also presided over the defendants’ six-week jury trial in the fall of 2013. Judge Daniels also ordered that the defendants forfeit over $40 million in cash and property tied to their crimes.
Manhattan U.S. Attorney Preet Bharara said: “Today’s sentences punctuate an epic scheme by Mark Mazer, Gerard Denault, Dimitry Aronshtein, and others to steal millions of dollars through kickbacks and fraud from the City of New York, and then squirrel away the proceeds. These defendants are being justly punished – through lengthy sentences and forfeiture of over $40 million in cash and property – for orchestrating one of the largest and most brazen frauds ever committed against the City. This Office’s CityTime prosecutions have held accountable culpable individuals, as well as SAIC, the contractor at the center of the scheme, and through penalties and restitution of over $550 million, has made the City economically whole.”
According to the evidence introduced at trial, public filings, and statements made in court:
The CityTime project was a City initiative to modernize its timekeeping and payroll systems across City agencies. In 2000, SAIC became the lead contractor on CityTime, which at the time had a contract value of approximately $73 million. In 2003, SAIC appointed DENAULT as Program Manager on CityTime. DENAULT later became a Vice President of SAIC and head of SAIC’s New York office. SAIC, at the behest of DENAULT, hired Technodyne LLC (“Technodyne”) as a “single source” subcontractor to provide staffing services
on the CityTime project, and repeatedly renewed Technodyne’s “single source” arrangement on the project.
Technodyne’s principals, Reddy Allen and Padma Allen, agreed to pay kickbacks to DENAULT and others in connection with the CityTime project, in exchange for obtaining what ultimately became over $325 million in work on CityTime as an SAIC subcontractor. In 2004, MAZER began managing the CityTime project for the City. Soon thereafter, he arranged with DENAULT for a company controlled by ARONSHTEIN, who is MAZER’s uncle, to become a subcontractor to Technodyne. MAZER used his power on the project to steer over $65 million in business to ARONSHTEIN’s company, and another $23 million in business to a company controlled by Victor Natanzon. In exchange for the business, ARONSHTEIN and Natanzon paid MAZER over $30 million in kickbacks, representing 80% of their net profits on the project. DENAULT received a $5 kickback from Reddy Allen and Padma Allen for every hour Technodyne billed to the City for labor. He also received an additional $2 per hour billed by ARONSHTEIN and Natanzon, resulting in total kickbacks to DENAULT of over $9 million.
Further, in order to maximize the amount of kickbacks they received, DENAULT and MAZER worked together to defraud the City into overpaying for the CityTime project by, among other things, inflating the rates charged for CityTime labor sourced through Technodyne, and overstaffing the project. MAZER also submitted fraudulent timesheets for consultants who had been fired or were on vacation. In part as a result of the fraud and kickback schemes, the costs of the CityTime project ballooned to over $620 million by the time the defendants were arrested in December 2010.
MAZER, DENAULT, and ARONSHTEIN also devised and carried out elaborate schemes to launder the proceeds of their crimes. DENAULT arranged for the kickbacks to be laundered through companies controlled by Padma Allen’s mother in India before being deposited into a shell entity account in the United States that he controlled. MAZER devised a scheme whereby ARONSHTEIN and Natanzon would launder money through shell company bank accounts controlled by Larisa Medzon, Anna Makovetskaya, and Svetlana Mazer. ARONSHTEIN also laundered millions of dollars through wire transfers to shell entity bank accounts located abroad and through other entities that he himself controlled.

In addition to the prison terms, MAZER, 50, of Manhasset, New York, ARONSHTEIN, 53, of Oceanside, New York, and DENAULT, 52, of Danbury, Connecticut, were each sentenced to three years of supervised release. The defendants were also ordered to forfeit $40 million.
These sentences follow a number of earlier developments in the case, including the guilty pleas of co-defendants Medzon, Makovetskaya, Svetlana Mazer, Carl Bell, and Natanzon; SAIC’s entry into a deferred prosecution agreement (“DPA”) in which it agreed to forfeit over $500 million to the United States; forfeiture of over $10 million in cash and property belonging to fugitive defendants Reddy Allen and Padma Allen; and payment of record restitution to the City of over $466 million, which, along with cancellation of $40 million in debt owed to SAIC, brings the total amount recovered for the City’s taxpayers as a result of the investigation and prosecution to over $500 million. The charges contained in the Indictment against Reddy and
Padma Allen are merely accusations and they are presumed innocent unless and until proven guilty.
The sentencings of Medzon, Makovetskaya, and Svetlana Mazer are scheduled to take place before Judge Daniels on June 24, 2014 at 10:00 a.m. The sentencings of Natanzon and Bell have not yet been scheduled.
Mr. Bharara thanked and praised the New York City Department of Investigation (“DOI”) for its outstanding work on the case.
The case is being handled by the Office’s Public Corruption Unit. Assistant U.S. Attorneys Howard S. Master and Andrew D. Goldstein are in charge of the investigation.
14-124 ### 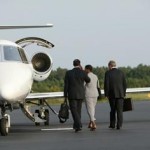