This summary is provided to assist in the understanding of the Court’s judgment. It does not
comprise part of the reasons for that judgment. The full judgment with reasons is the only
authoritative document. The full text of the judgment and reasons can be found at
www.courtsofnz.govt.nz.

In May 2016 the appellants, two of New Zealand’s largest competing media companies, sought approval from the Commerce Commission to merge their operations. Their combined portfolio includes the Sections 77 and 78 of the Commerce Act 1986 provide for lay members to be appointed to the New Zealand High Court for Commerce Act matters.

They ensure that expert evidence on complex competition issues is properly understood, tested and assessed by the High Court. Their appointment to particular cases is at the discretion of the court. Martin Richardson is a Professor of Economics at Australian National University and has been a lay member of the New Zealand
High Court since 2001. country’s leading online news sites, (STUFF and nzherald), the three largest metropolitan daily newspapers, The New Zealand Herald, The Dominion Post and The Press, the three Sunday newspapers, radio stations and a large number of community newspapers.2

Under the Commerce Act 1986 (The Act) there were two avenues via which the Commission could have approved the merger application. The first, s 66, provides for the Commission to grant clearance for a merger if it is satisfied a merger “would not have, or would not be likely to have, the effect of
substantially lessening competition in a market”.
Failing that, under s 67, the Commission is empowered to grant authorisation for a merger if is
persuaded that, despite the risk of decreased market competition, the merger would nonetheless result in
such a benefit to the public that it should be permitted.
After failing to gain Commerce Commission approval, NZME and Fairfax exercised their general right of
appeal to the High Court under s 91 of the Act, arguing, inter alia, that the Commission’s market
definition and competition analysis was flawed. If unsuccessful on that appeal ground, the appellants
argued that the Commission’s assessment of the benefits and detriments of the merger was wrong in
sufficient respects that the Court should grant an authorisation.

With respect to the latter, the appellants’ primary ground of challenge was that the Commission was
acting outside its jurisdiction by taking into account the loss of media plurality when weighing the public benefits and detriments of the proposed merger under s 67.

The Court was required to conduct the appeal by way of re-hearing, forming its own view on the merits of the case.

The Court did not uphold the Commission’s view that the proposed merger would have resulted in the
likelihood of substantially lessened competition in the advertising market for Sunday newspapers, and it also dismissed the prospect of one of the appellants introducing a pay wall for their online publication, post a merger.
• Appeal against the Commission’s refusal to authorise the merger under s 67 of the Act

The proposed transaction would involve NZME acquiring all of the shares in Fairfax. In exchange NZME would pay NZ$55 million in cash and would issue shares equal to a 41 per cent shareholding in NZME to an Australian subsidiary of Fairfax Media Ltd. The Commission treated the appellants as each other’s strongest competitor in most of their businesses’ principal spheres of activity.

The High Court has also declined this ground of appeal. It has upheld the jurisdiction of the Commission to consider detriments beyond economic or financial detriments in the relevant markets and, in particular, to take into account the material detriment arising from loss of media plurality.
On the issue of media plurality the Court stated:

On all the evidence before the Commission, we consider that it is appropriate to attribute
material importance to maintaining media plurality. It can claim status as a fundamental value
in a modern democratic society.

We cannot be certain that a material loss of plurality will occur
because of the factors we review that would hopefully assist in maintaining it. However the risk
is clearly a meaningful one and, if it occurred, it would have major ramifications for the quality
of New Zealand democracy. In our analysis on the clearance application appeal we have
recognised material barriers to entry in the market for production of New Zealand news. We
agree with the Commission that a substantial loss of media plurality would be virtually
irreplaceable.

The Court found the Commission was also entitled to place significant weight on the prospect of reduced quality of the products produced by the merged entity.

The Court’s decision on other aspects of the likely detriments differ in some respects from the views of
the Commission, but overall come to the same conclusion that the weighing of benefits against detriments does not produce an outcome of sufficient benefits to the public to warrant the grant of an authorisation. 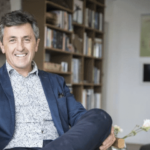