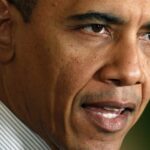 The carbon pollution that causes climate change isn’t a distant threat, the risk to public health isn’t a hypothetical, and it’s clear we have a moral obligation to act.

The 12 hottest years on record have all come in the last 15 years, and 2012 was the hottest one we’ve ever recorded. When carbon pollutes the air, the risk of asthma attacks increases. When the Earth’s atmosphere fundamentally changes, we see more heat waves, droughts, wildfires, and floods.

These events also create an economic imperative to act. When farms wash away and crops wilt, food prices go up. Last year, we saw 11 different weather disasters that each cost the United States more than $1 billion.

And confronting this challenge isn’t just about preventing disaster — it’s also about moving America forward in a way that creates hundreds of thousands of good, new, clean energy jobs. It’s about wasting less energy, which saves money for every business and every family in America.

First, he’s laying out a plan to cut carbon pollution in America — by working to cut pollution from power plants, protect the health of our kids, boost clean energy, and revamp our transportation sector for the 21st century. Second, he’s preparing the United States for the impacts of these changes — by building stronger, safer communities and developing resources to make our country more resilient. And finally, he’s leading international efforts to combat global climate change.

We’ve put together a graphic that breaks this all down — from the effects we’re already seeing to the specific actions we’re going to take to lead this fight.

No single step can reverse the effects of climate change, but that’s no excuse for inaction. We have a moral obligation to leave our kids a planet that’s not broken and polluted.

So here’s what we’re going to do:

Share President Obama’s plan to make sure people in your community understand why we’re taking these steps and what comes next.