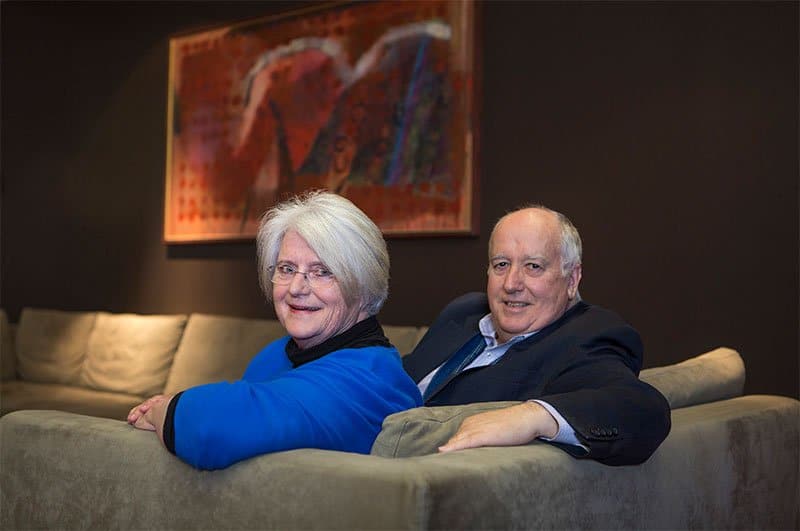 Peter and Ruth McMullin intend to make one of the most significant gifts in the history of the University of Melbourne Law School to establish the world’s only academic centre devoted to the problem of statelessness.

“Ruth and I congratulate the Melbourne Law School on its global leadership in establishing the Centre and it is our pleasure to support it,” Mr McMullin said. “In our opinion, policy solutions need to be found to address the mounting issue of statelessness around the world, and we look forward to them being developed through the work of the Centre.”

The intended donation was announced at a gala dinner to celebrate the 160th anniversary of the Melbourne Law School, where he achieved his law degree.

“A child is born into statelessness every 10 minutes and stateless people are vulnerable to a wide range of legal disabilities in many countries which may limit their right to education, employment, travel and even marriage,” he said.

“The Melbourne Law School is proud to establish a centre that will play a critical role in worldwide efforts to eliminate statelessness and to protect the rights of stateless people.” – ENDS -[/vc_column_text][/vc_column][/vc_row]