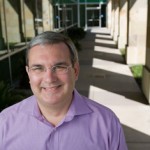 San Francisco-based law firm Orrick Herrington & Sutcliffe is cutting costs by laying off two of its executive staff, according to a Reuters report, quoting inside sources.

The report quotes Orrick’s chairmank, Mitch Zuklie (pictured) saying that the firm had laid off its human resources and knowledge management officer.

“A thinner, more nimble management team is an objective of mine,” said Zuklie, who took the helm of the 1,100-lawyer firm in March.

The layoffs are significant because, unlike many firms that use internal lawyers to run the firm, Orrick is known for hiring executives to manage its business. None of Orrick’s executive staff practice law and, with the layoffs, their responsibilities have been consolidated.

The latest moves come after Orrick’s former chairman Ralph Baxter paid hundreds of thousands of dollars for executives individually despite criticism from partners that the jobs did not warrant that level of compensation, former Orrick partners and other sources said.

The issue highlights a debate among law firm leaders about who should manage a firm, business-savvy executives or practicing lawyers. For Orrick, the streamlining of managerial roles is a notable departure from how the firm was managed under Baxter’s leadership.

Baxter did not respond to two requests for comment.

Zuklie said that the recent change “isn’t a reaction to anything in the past. It’s very much a forward-looking (initiative).”

He also said that he has hired a new chief marketing officer, who will begin work at Orrick later in June, and characterized the effort to streamline the executive staff as a “shifting of resources” rather than a hard downsizing.

Cost-cutting measures taken by many law firms in recent months have been reasonably common place, but less so among senior management.

Orrick Herrington has 25 offices internationally and provides a full range of legal services.

The firm grossed $866 million in 2012 and ranked at No. 27 out of the country’s highest-grossing law firms, and its profits per partner were $1.6 million, according the American Lawyer.