President Obama delivered a statement on the terrorist attack underway in Paris from the White House on Friday evening at the same time as the French president addressed his nation.

The attacks on multiple locations have killed at least 100 people and probably many more as the French Police and army chase down any remaining attackers and attempt to secure the multiple areas where the atrocities occurred.

“Once again we’ve seen an outrageous attack to terroritze innocent civlians,” Obama said, adding that it is an “attack on all of humanity and the universal values we share.”

Broadcasters carried the statement for President Obama about the Paris terror attacks.

In his brief statement, the President called

today’s shootings and explosions, which he called an “attack not just on Paris, it’s an attack not just on the people of France, but this is an attack on all of humanity and the universal values we share.” Added Obama, “We stand prepared to provide whatever assistance the government and people of France need to respond. France is our oldest ally.” The President made his statement but took no questions from reporters.

French President François Hollande addressed the French people at about the same time as President Obama, calling it “a terrible trauma for France.”

Hollande declared a state of emergency in the country, and ordered the borders closed immediately. “Ladies and gentlemen of France, this is not over,” he said. “We still have a number of terrorist attacks ongoing. As we speak we want you to remain confident we are doing everything we can do. God bless France and God bless the republic.” Paris Deputy Mayor Bruno Julliard has told French media that “everyone stay home” in the city. 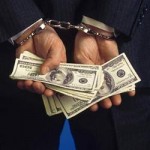 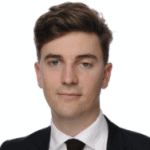