TwitterFacebookLinkedInPinterestRedditEmail
LOS ANGELES – A Chatsworth man has been sentenced to 121 months in federal prison for running an investment scheme that lured more than 82 victims into investing approximately $7 million.
Luis Alonso Serna, 61, a pastor at Zion Living Word Christian Center (formerly Amistad Cristiana) in San Fernando who operated a foreign currency investment company called Architects of the Future Investments, was sentenced Monday by United States District Judge Beverly Reid O’Connell.
Serna, who pleaded guilty in August to a wire fraud charge, was also ordered to pay $4.6 million in restitution, which represents to amount of losses suffered by his victims.
“This case involves an egregious fraud that targeted the non-wealthy victims who believed in the defendant because he was a pastor,” prosecutors wrote in a sentencing memorandum filed with the court. “The effects of this crime on the victims are truly devastating in every way.”
According to court documents, Serna solicited loans from individuals by telling them that the money would be invested in foreign currency and that their investments would generate annual returns as high as 20 percent. Serna admitted in his plea agreement that he invested only a small portion of the loan proceeds in foreign currency or anything else that could possibly sustain the returns he promised his victims. Serna was in fact running a Ponzi scheme in which he used money from new investors to pay off and placate people who had previously given him money.
“In short, [Serna] has caused not only financial loss, but the loss of homes, the loss of ability to pay for education for children, the need to declare bankruptcy, psychological damage, physical affliction, and endless suffering,” according to the sentencing memo, which contained numerous statements from victims who suffered adverse effects when they lost their money.
This case was investigated by the United States Postal Inspection Service and the Federal Bureau of Investigation. 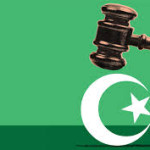