May 10, 2017 – DLA Piper announced today that Paul Wassgren has joined the firm’s Corporate practice as a partner in Los Angeles.

Wassgren advises a wide array of clients, from individual entrepreneurs to domestic companies to multinational and publically traded corporations on securities, project and real estate finance, mergers and acquisitions and general corporate matters.

“Paul’s impressive domestic and international experience and familiarity with corporate law across multiple jurisdictions will provide value to our clients,” said John Gilluly, DLA Piper’s USchair of the Corporate practice. “Paul is a great addition to our global platform, and given his work in Los Angeles over the past several years, he’ll also further strengthen our growing West Coast team.”

Prior to joining DLA Piper, Wassgren was a partner at Fox Rothschild LLP in Los Angeles, where he counseled clients doing business around the world, including China, Australia, Mexico, Belize and India, in a range of corporate matters. He also previously worked in business development for a biotechnology research and development company.

“Paul has developed an extensive network of relationships,  in the Southern California region, as well as nationally and internationally, that will enable us to better serve clients in a wide range of industries and matters not only in Los Angeles but on our global platform,” said Perrie Weiner, co-managing partner of DLA Piper in Los Angeles. “We believe his background in biotechnology, real estate and securities, among others, not only complements our existing practice groups but will further enhance what is an already strong Corporate group in California.”

Wassgren received his J.D. and M.B.A. from Oxford University, and his B.A. from Pepperdine University. 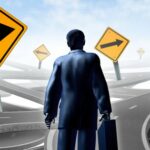