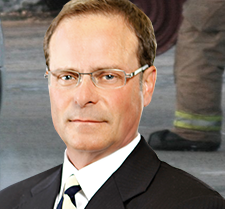 Smith expressed his comments in response to an announcement from the Governors Highway Safety Association (GHSA) on March 5, 2014.

“This news hopefully reflects a growing awareness of pedestrians and their safety by drivers in Ohio and nationwide,” Smith said. “In past years, too many drivers have caused serious pedestrian accidents in Ohio. We have handled many serious injury and fatality cases. In many cases, a driver said he or she didn’t see someone crossing the street or walking alongside a road. While the driver might not have meant to cause harm, the consequences are still devastating to the victim and victim’s family. These accidents are extremely serious, which is why we advocate strongly for road safety, especially when it comes to protecting pedestrians.”

In Ohio, the findings were even more striking. During the first six months of 2013, a total of 35 pedestrians died, a decrease of 37.5 percent or 21 deaths compared to 2012, when 56 pedestrian fatalities occurred in Ohio, according to statistics compiled by the GHSA.

Such uncertainty suggests that officials in Ohio and nationwide cannot become complacent and must continue efforts aimed at reducing the number of pedestrian accidents, according to attorney Smith.

“We can’t sit back and hope that pedestrian fatalities will continue to decline in Ohio and across the country,” Smith said. “We must remain focused on this issue so the number of pedestrian accidents continues to go down. This includes educating drivers and enforcing laws designed to protect pedestrians. These accidents are far too serious to not take any action. Anyone who is injured or loses a loved one should consult with an experienced attorney as soon as possible. A lawyer can help pursue compensation and send a message that negligent behavior will not be tolerated.”

For more information about the legal services provided by the Law Offices of Scott Elliot Smith, call 800-930-7268 toll free or complete the online contact form.

Located in Columbus and serving injury victims throughout Ohio, the Law Offices of Scott Elliot Smith, LPA, has a well-earned reputation throughout the state for being a hard-working, results-driven team of Columbus OH personal injury lawyers that fight for justice. The law firm handles a wide range of cases, including car accidents, truck accidents, motorcycle accidents, premises liability, medical malpractice, dangerous drugs, defective medical devices, workplace accidents and other personal injury cases. The law firm offers a free evaluation to all potential clients. Attorney Scott Elliot Smith works on a contingency fee basis. Quite simply, you do not pay a penny in fees unless we make a recovery. 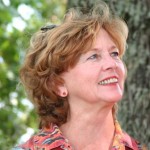 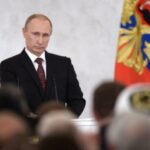