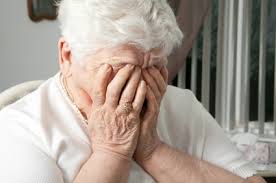 The use and abuse of power of attorney documents is something that is concerning lawyers and law makers in several jurisdictions.

The power of attorney is an age-old legal document that has a major place on the affairs of individuals.  Providing a mechanism to give another person the right to deal with their financial and other affairs, it is a powerful document.

But times are a-changing when it comes to the use of the documents. Having a properly structured and clearly written  power of attorney in place provides you with the legal certainty whereby your important financial affairs will be dealt with by someone in whom you  know and trust.

This week the Iowa Senate approved a law designed to strengthen the state’s power of attorney laws, designed to combat ‘senior abuse’, an issue that has arisen in numerous jurisdictions not only in the United States, but also in Australia, the United Kingdom and elsewhere.

Multiple national studies in the United States find that financial exploitation of seniors is the most common type of elder abuse, estimating that one-sixth of adults over age 64 have been victims of elder financial abuse.

Senate File 2168, passed on a unanimous 49-0 vote, contains provisions that allow protections for current as well as new power of attorney relationships executed after July 1, 2014, and would ensure that standardized power of attorney forms cannot be denied. , according to AARP Iowa. The organization is urging the Iowa House to approve similar provisions in its version of the legislation.

In the UK, The Telegraph reports that Complaints around Powers of Attorney are also rising, according to the   Financial Ombudsman Service, which currently handles some 25 new cases every   month. Typical problems include loss of documents or incorrectly registering   the Power of Attorney documents on all the bank’s systems.

Customers are told to send in original documents when certified copies are   sufficient. And all too often front-line bank staff do not understand how   Power of Attorney works.

Guidelines issued last year by the British Bankers’ Association (BBA) state   that customers with Power of Attorney have the same power to manage the   account as the account holder, but this depends on the account’s terms and   conditions. The result is a bewildering array of bank rules. 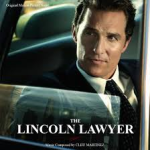