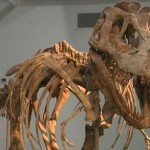 LawFuel.com – US Law News – Preet Bharara, United States Attorney for the Southern District of New York, and John Morton, Director of the U.S. Immigration and Customs Enforcement (“ICE”), announced today the return to the Mongolian government of a nearly complete Tyrannosaurus bataar skeleton (the “Bataar”) that was unlawfully taken from Mongolia.

Manhattan U.S. Attorney Preet Bharara stated: “Almost one year ago this Tyrannosaurus bataar was offered for sale at a New York City auction for over $1,000,000, but as we now know, that attempted sale was part of a criminal scheme. And now, one year later, we are very pleased to have played a pivotal role in returning Mongolia’s million dollar baby.

Of course, that million dollar price tag – as high as it is – doesn’t begin to describe the true value of an ancient artifact that is part of the fabric of a country’s natural history and cultural heritage –
priceless. And we are prouder still to be playing a key role in returning almost a score more fossils to the people of Mongolia in the near future.”

ICE Director John Morton stated: “This is one of the most important repatriations of fossils in recent years. We cannot allow the greed of a few looters and schemers to trump the cultural interests of an entire nation. Through this case, HSI special agents have once again proven themselves to be the leading federal law enforcement experts in the investigation and forfeiture of stolen foreign art, antiquities and relics. Because of the collaborative effort between ICE-HSI and the U.S. Attorney’s Office, we undo a great wrong by returning this priceless dinosaur skeleton to the people of Mongolia.”

According to the civil forfeiture and criminal Complaints, the Information, plea agreement, and other court documents filed in Manhattan federal court:

The Tyrannosaurus bataar, indigenous to what is now Mongolia, was a dinosaur from the late Cretaceous period, approximately 70 million years ago. It was first discovered in 1946 during a joint Soviet-Mongolian expedition to the Gobi Desert in the Mongolian Ömnögovi
Province. Mongolian law enacted in 1924 declares dinosaur fossils to be the property of the Government of Mongolia, and criminalizes their export from the country.

On March 27, 2010, the Bataar skeleton was imported into the United States from Great Britain. The customs importation documents contained several false statements. First, the country of origin of the Bataar skeleton was erroneously listed as Great Britain when, according to several paleontologists, Tyrannosaurus bataars have only been recovered in Mongolia. In addition, the Bataar skeleton was substantially undervalued on the importation documents. The customs importation forms listed its value as $15,000, in contrast to the $950,000 – $1,500,000 price listed in a 2012 auction catalog, and the actual auction sale price of $1,052,500. Finally, the Bataar skeleton was incorrectly described on the customs importation documents as two large rough fossil reptile heads, six boxes of broken fossil bones, three rough fossil reptiles, one fossil lizard, three rough fossil reptiles, and one fossil reptile skull.
Texas-based Heritage Auctions, Inc., offered for sale the Bataar skeleton at an auction conducted in New York City. Prior to the sale, the Government of Mongolia sought, and was granted, a Temporary Restraining Order prohibiting the auctioning, sale, release or transfer of the Tyrannosaurus Bataar Skeleton by a Texas State District Judge. Notwithstanding the state court order, Heritage Auctions completed the auction and the Tyrannosaurus Bataar Skeleton sold for over $1 million. However, the sale was contingent upon the outcome of any court proceedings instituted on behalf of the Mongolian Government.

On May 22, 2012, the President of Mongolia, Tsakhia Elbegdorj sent a letter to the United States Attorney’s Office for the Southern District of New York formally requesting the Office’s “assistance in preserving Mongolia’s cultural heritage in this rare national treasure by . . . seeking forfeiture of . . . the Tyrannosaurus bataar skeleton.”
On June 5, 2012, at the request of the President of Mongolia, several paleontologists specializing in Tyrannosaurus bataars examined the Bataar skeleton and concluded that it is in fact a Tyrannosaurus bataar skeleton that was unearthed from the western Gobi Desert in Mongolia between 1995 and 2005. Shortly thereafter, on June 18, 2012, the United States Attorney’s Office filed a civil action seeking the forfeiture of the Bataar skeleton and the District Court issued a warrant authorizing ICE’s Homeland Security Investigations (HSI) to seize the Bataar skeleton.
On September 24, 2012, the United States Attorney’s Office filed an amended civil forfeiture Complaint which included the original paleontological reports as well as additional reports from those same paleontologists and other paleontologists. The additional reports definitively state that given the particularized coloring of the bones of the Bataar skeleton there is no doubt that the Bataar skeleton came from Mongolia.
On October 17, 2012, Eric Prokopi, the importer of the Bataar skeleton was arrested on one count of conspiracy to smuggle illegal goods, possess stolen property, and make false statements, one count of smuggling goods into the United States, and one count of interstate sale and receipt of stolen goods. The charges stemmed from Prokopi’s illegal importation of the Bataar and other dinosaur fossils into the United States. Shortly after his arrest, on December 27, 2012, Prokopi pled guilty to engaging in a scheme to illegally import the fossilized remains of numerous dinosaurs that had been taken out of their native countries illegally and smuggled into the United States. As part of his plea agreement, Prokopi consented to the forfeiture of the
Bataar skeleton. Prokopi also agreed to forfeit a second nearly complete Tyrannosaurus bataar skeleton, a Saurolophus skeleton, and an Oviraptor skeleton, all of which had been in his possession but have since been recovered by the U.S. Attorney’s Office. He further agreed to forfeit his interest in a third Tyrannosaurus bataar skeleton which was located in Great Britain.
On February 14, 2013, U.S. District Judge P. Kevin Castel entered a judgment forfeiting the Bataar skeleton to the United States of America for its return to Mongolia.
Mr. Bharara praised the investigative work of ICE-HSI. He also thanked Mongolian authorities for their assistance in the case.
The President of Mongolia, Tsakhia Elbegdorj, stated: “I join the people of Mongolia in thanking the special agents of U.S. Immigration and Customs Enforcement’s Homeland Security Investigations units in New York, Florida, California, Ohio and Wyoming for their exceptional work and expertise and for their cooperation with the Mongolian State Investigation and Criminal Investigation Authorities. I am deeply grateful to the office of the U.S. Attorney for the Southern District of New York for their wise leadership and legal expertise in this overall effort. I also commend the Society of Vertebrate Paleontology, lawyers, judges and volunteers for their role in this case. Our two countries are separated by many miles, but share a passion for justice and a commitment to putting an end to illegal smuggling.”
The forfeiture action was handled by the Asset Forfeiture Unit of the U.S. Attorney’s Office. Assistant U.S. Attorneys Sharon Cohen Levin and Martin S. Bell were in charge of the litigation. The criminal case was handled by the Complex Frauds Unit. Martin S. Bell was in charge of the prosecution.
13-166 ###