LOS ANGELES – An Irvine man who admitted that he illegally piloted private jet airplanes with passengers onboard without having a valid pilot’s license was sentenced today to 10 months in federal prison.

Leto pleaded guilty in October to two counts of operating an aircraft without a valid airman’s certificate.

The following month, Leto obtained an airman’s certificate that authorized him to be a second-in-command pilot on a Cessna Citation turbojet-powered aircraft, but he continued to operate the Cessna citation as a sole pilot with passengers. For example, in April 2015, he piloted a Cessna Citation from Burbank to Bermuda Dunes and from Santa Monica to Bentonville, Arkansas.

Furthermore, on April 8, 2016, Leto was the sole pilot of a Falcon 10 turbojet-powered aircraft, with passengers on board, that flew from Van Nuys to Las Vegas, Nevada. At this time, Leto was not certified to fly the Falcon 10, and the FAA had revoked all of his airman certificates.

This case was investigated by the Department of Transportation – Office of Inspector General, with assistance by the Federal Aviation Administration.

The case was prosecuted by Assistant United States Attorney Dennis Mitchell of the Environmental and Community Safety Crimes Section. 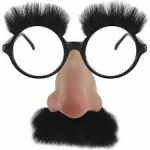