U.S. Attorney Preet Bharara said: “As alleged, Carl Immich stole federal taxpayer dollars intended to subsidize housing costs for lower income individuals.  I commend the work of HUD-OIG in safeguarding the people’s money and policing those who seek to pocket it for themselves.”

HUD-OIG Special Agent in Charge Christina Scaringi said: “The arrest and charges today of Carl Immich serve to remind the taxpayer that law enforcement will continue to pursue corruption, in all forms, especially those that impact the integrity of HUD-assisted housing. Mr.  Immich’s charges disclosed today prove our continuing resolve to root out crime in all forms, especially when the funds involved should have been used to help the neediest families.”

According to the allegations in the criminal complaint (the “Complaint”) unsealed today in White Plains federal court[1]:

Tubman Terrace is a large low-income apartment complex in Poughkeepsie, New York.  The rental payments for nearly all of the apartments are subsidized by HUD pursuant to Section 8 of the United States Housing Act of 1937, 42 U.S.C. § 1437f.  From in or about June 2010 through in or about November 2014, HUD provided approximately $150,000 to $160,000 each month to Tubman Terrace.

IMMICH, 53, of Rhinebeck, New York, is charged with one count of embezzling government property, and one count of theft of property from programs receiving government funds, each of which carries a maximum sentence of 10 years in prison.  The statutory maximum sentences are prescribed by Congress and are provided here for informational purposes only, as the judge will determine any sentence imposed on the defendant.

The case is being prosecuted by the Office’s White Plains Division.  Assistant U.S. Attorneys Lauren Schorr and Benjamin Allee are in charge of the prosecution. 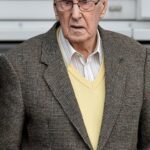