Manhattan U.S. Attorney Preet Bharara said: “As alleged, through their for-profit schools, the defendants defrauded the government and exploited their students. For their personal financial gain, the defendants allegedly made false certifications about the schools’ compliance with visa and financial aid regulations when, in fact, they were not. I want to thank our law enforcement partners at ICE-HIS, the State Department and the Department of Education for their excellent work in investigating this case.”

ICE HSI Special Agent-in-Charge James T. Hayes, Jr., said: “The defendants arrested today allegedly orchestrated a wide ranging fraud scheme, which included the falsification of student and financial aid files and failure to report to the government students who were non-compliant with the terms of their student visas, that victimized American taxpayers. HSI leads the Document Benefit Task Force to protect the interests of legitimate educational institutions seeking to enrich our culture through the education of foreign students and to close vulnerabilities in the visa approval and school certification processes.”

ED-OIG Special Agent-in-Charge Brian Hickey said: “Federal student aid exists so that individuals can make their dream of a higher education a reality, it’s not a personal slush fund for corrupt school owners. Ensuring that anyone who steals student aid or games the system for their own selfish purposes, as today’s actions allege these individuals did, are stopped and held accountable for their criminal actions is a big part of our mission.”

DSS Special Agent-in-Charge David J. Schnorbus said: “The United States Department of State supports international education and welcomes foreign students. In situations where foreign students do not fulfill their responsibilities of properly maintaining their non-immigrant status or purposefully ignore their visa status regulations, and school owners place financial greed above education by exploiting the student exchange and visitor visa system, our national security becomes compromised. The Diplomatic Security Service works tirelessly, both domestically and overseas, to strengthen our national security and play a vital role in securing our nation’s borders through combatting this and other types of visa fraud.”

As alleged in the Complaint unsealed today in Manhattan federal court:

Each of the defendants was associated with the Micropower Career Institute (“MCI”), a for-profit school with five campuses in New York and New Jersey, or the Institute for Health Education (“IHE”), a for-profit school located in New Jersey. SURESH HIRANANDANEY, a/k/a “Sam Hiranandaney,” was MCI’s President; his sister, ANITA CHABRIA, was MCI’s Vice President; and his brother-in-law, LALIT CHABRIA, was MCI’s Vice President and IHE’s President. SURESH HIRANANDANEY’s son, SAMIR HIRANANDANEY, was the director of MCI’s Hauppauge campus. SEEMA SHAH was a high-level employee at MCI’s Manhattan campus.

The named defendants are charged with failing to report to immigration authorities that foreign citizens were not attending classes at MCI and IHE, as required. Foreign citizens are granted F-1 student visas to remain in the United States as long as they are pursuing full courses of study at approved schools. If a student fails to attend classes as required, the school is required to inform immigration authorities, so that the authorities may terminate that student’s visa.

The defendants represented to immigration authorities that MCI and IHE were legitimate institutes of higher learning where foreign students carried full course loads. In reality, the majority of foreign students at MCI and IHE did not attend the required number of classes. Rather than reporting this to authorities, as required, the defendants remained silent and continued to collect approximately $10,000 in annual tuition from each of these students. When a campus of MCI came under regulatory scrutiny, the defendants would simply transfer students with delinquent attendance to an affiliated school (such as another MCI campus or IHE) that was not under scrutiny.

The defendants named above are charged with using wire communications to commit the student visa fraud described above.

The defendants named above are charged with fabricating and manipulating documents in student financial aid files at MCI to hide MCI’s widespread non-compliance with ED regulations. ED provides financial aid to eligible low-income post-high school students to assist them in affording higher education. MCI did not comply with federal laws and regulations governing the administration of such financial aid. When ED reviewed MCI’s administration of financial aid in 2011, rather than admit its non-compliance, the defendants instead “fixed” student files by altering documents in the files, or in some cases creating entirely fabricated documents. The defendants engaged in this manipulation so that ED would not terminate MCI’s eligibility for financial aid funds.

Attached are charts containing the charges against the defendants and the maximum penalties they face, as well as the defendants’ ages and residences. The maximum potential sentences in this case are prescribed by Congress and are provided here for informational purposes only, as any sentencings of the defendants will be determined by the judge. 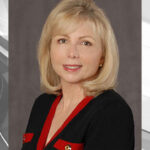