David Banks is a media law writer. This article is from The Guardian 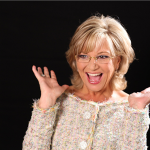 Sally Morgan: the TV psychic won a £125,000 libel payout from the Daily Mail.

The libel settlement won by “Psychic Sally” Morgan on Thursday from the Daily Mail was greeted with incredulity and not a little anger in some quarters.

Richard Dawkins tweeted: “England, libel capital of the world. Psychics – and charlatans of all kinds – rich pickings to be had in the English law courts.”

How, some asked, when no one can talk to the dead, can someone who claims to do so successfully sue for libel?

Well, because the libel claim had it gone to court would not actually have depended on their supposed psychic abilities, but on the truth or otherwise of a very specific allegation – that Morgan was receiving messages from her staff via an earpiece.

When it emerged the staff supposedly saying something to her were not her employees after all, but theatre staff, that defence looked untenable.

What is more, libel gets notoriously hard when you start talking about motive and what you believe people know – such as saying, or implying, Morgan knowingly deceived the public. That relies on being able to prove Morgan did not believe in her own abilities, which would be very difficult indeed.

Of course people are entitled to an opinion about psychics, and to express such an opinion in as forthright a way as they want. They are at liberty to say that the abilities claimed by psychics simply do not exist. These opinions are defended by the honest comment defence – that it is you honestly-held opinion based on the facts of the psychic’s claims and performance.

However, if you go further than talking about your own opinion and state or imply that the psychic concerned knows that she has no such powers and is therefore deceiving and defrauding her audience, then you have gone too far. That is accusing the psychic of acting out of improper motives and such a claim can damage or even destroy an honest comment defence.