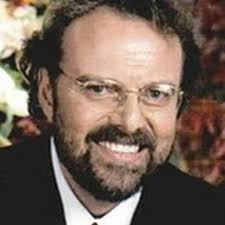 WALDMAN, 52, a rabbi and a teacher at a girl’s seminary, was arrested by HSI agents thismorning at his residence in Brooklyn, New York. He was presented today before U.S.Magistrate Judge James L. Cott in Manhattan federal court.

Manhattan U.S. Attorney Preet Bharara said: “Samuel Waldman’s position of trust in thecommunity, as both a rabbi and a teacher, makes his alleged distribution of child pornography allthe more disturbing. As we have said repeatedly, we have zero tolerance for the exploitation ofchildren and we will prosecute and punish those who engage in this conduct.”

ICE HSI Special Agent-in-Charge James T. Hayes, Jr. said: “Distributing childpornography is a serious crime made all the more disturbing when committed by an individualwho has been implicitly entrusted as an educator. Through Operation Caireen, HSI New Yorkand our partners will target individuals who abuse their positions of trust in our communities bycommitting crimes of sexual exploitation against children.”

According to the allegations in the criminal Complaint filed today in Manhattan federalcourt, in or about November 2013, WALDMAN distributed child pornography over the Internetby making available for downloading through file-sharing software multiple videos depictingminors engaged in sexual acts.

WALDMAN is charged with one count of transporting or distributing child pornography,

years in prison, and a maximum fine of $250,000 or twice the gross gain or loss from the

offense. The maximum potential sentence in this case is prescribed by Congress and are

provided here for informational purposes only, as any sentencing of the defendant will be

determined by the judge.

Mr. Bharara praised the outstanding investigative work of ICE HSI. He added that the

The prosecution is being handled by the Office’s General Crimes Unit. Assistant United

States Attorney Patrick Egan is in charge of the prosecution.

The charge contained in the Complaint is merely an accusation, and the defendant is

presumed innocent unless and until proven guilty.

activity through its toll-free hotline at 1-866-347-2423. This hotline is staffed around the clock

Center for Missing and Exploited Children, an Operation Predator partner, at 1-800-843-5678 or 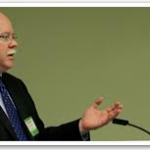