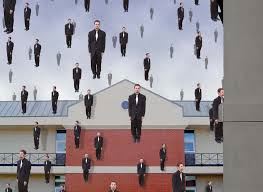 The idea that Christchurch is “raining men” is not necessarily true based on those single men in Christchurch who are still struggling to find suitable women for long term relationships, according to reports from Christchurch.

The so-called ‘man boom’ created by the massive rebuild has certainly created a major upsurge in tradesmen, IT workers, professionals and others, but there remain men who find it hard to find ‘the right woman’ and the stastistics tend to bear that out, too.  Even single men in Christchurch require dating and matchmaking help.

The Christchurch “man boom” has created an apparent win/win for Christchurch ladies who have their choice of trades people, IT specialists, professional men and others who have come to the city for the rebuild.

But the boom has not solved all the problems for the men who are often earning big money doing big jobs.

“The women are here, but it can be a problem if you’re working long hours and sometimes seven days a week,” one electrician spoken to by a local reporter said.

“And the reality is that there are not exactly women pawing at the men everywhere you go,” he said.  “In fact finding someone can still prove challenging.”

A report last year indicated that Christchurch was not in fact “raining men”, with only 96 males to every 100 females in the 25 – 49 age group, although the figure rises to 101 males if the age range is narrowed to the 25 – 34 age group.

Her agency, which operates its dating and matchmaking services from Christchurch, Wellington and Auckland, handles matchmaking for those seeking long-term relationships says her agency has received numerous enquiries from men in Christchurch, often from overseas, who have found themselves looking for long-term relationships but struggling to find the right woman even in the circumstances they find themselves.

“Some are just too busy, too stressed and too tired,” she says. However there is also something of a myth about the fact that Christchurch is ‘raining men’

“Even with the rebuild and the reputation the hcity has for its new, male population, there certainly remain a good number og single men seeking long term relationships.”

She is offering a consultation for free with those men seeking a relationship. Contact can be made through the website at www.matchcompany.co.nz