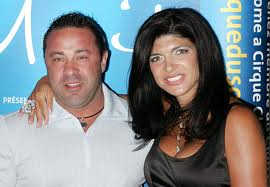 The sentencing drew overflow crowds to the Federal Court in New Jersey after the couple, who star in “Real Housewives of New Jersey” plead guilty in March to concealing assets from creditors and Mr Giudice also pleaded to failure to pay $200,000 taxes.

The New York Times reports that  because the couple have four young daughters, Judge Esther Salas staggered the sentences so that Ms. Giudice will serve hers first. She is scheduled to report to prison in early January.

Mr. Giudice also apologized. He faces an immigration hearing when he completes his sentence and is likely to be deported. His attorney has said that Mr. Giudice came to the United States from Italy as an infant and did not learn he was not a United States citizen until he was an adult.

A spokeswoman for NBCUniversal, which owns Bravo, the channel that broadcasts the “Real Housewives” show, said on Thursday that the network would not comment on the Giudices’ status on the program. The sentencing drew an overflow crowd to the courtroom. At several points, Judge Salas criticized the couple for failing to list numerous assets — including vehicles and jewelry — in a presentencing report.

In sentencing Ms. Giudice, Judge Salas said she had considered a lighter penalty but changed her mind because of the omissions. 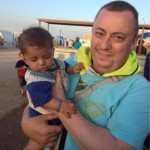