You are here: Home / Celebrity Trials / Reese Witherspoon Video and the Lawyer Problem 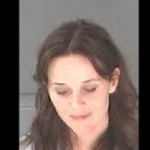 LawFuel.com – Celebrity Trials – Celebrities involved in legal proceedings of whatever form are invariably the center of high media attention and the viral video showing actress Reese Withersoon’s arrest in Atlanta is certainly no exception.

Witherspoon, actress in movies like “Legally Blonde” has blamed her role as a lawyer for much of the trouble.

She was charged with disorderly cnduct last month and her husband, agent Jim Toth was given a sobriety test after a police stop, which is when the dashboard video was shot.

The 37 year old actress said she was embarrassed by the episode and she pleaded no context and paid a $100 fine. She also blamed her reactioin on panic once she saw her husband being questioned.

“I think I’ve played a lawyer so many times in movies I think I am a lawyer sometimes. Clearly I am not,” she is reported as saying.