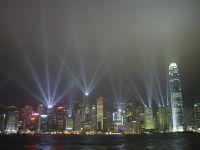 The move comes as global investors increasingly view the Asia-Pacific region as a prime market for investment and expansion.

Mr. Lidbury has led Ropes & Gray’s Chicago office since its launch more than five years ago. He has deep experience in M&A and private equity, advising clients on strategic mergers, leveraged buyouts, and take- privates. Early in his career he served as a lawyer for the U.S. Securities and Exchange Commission in Washington, D.C.

Over the past year, he has focused particularly on advising clients on Asia deals, including representing the Blackstone-led buyer group consortium in the $625 million going-private transaction of NASDAQ-listed, Beijing-based Pactera Technology International Ltd., signed in October.

“Global investors are dedicating more resources to investment opportunities in the Asia-Pacific Region. We have been encouraged by clients to do the same and I hope to complement our deeply experienced and talented Asia-based team with the U.S. legal and business perspective that I can bring to the table,” said Mr. Lidbury. “The remarkable success of Ropes & Gray’s four Asian offices has encouraged us to further deepen our commitment to the region and I am thrilled to be here to help build on that success.

Ropes & Gray, after opening offices in Hong Kong five years ago, Shanghai two years ago and with offices in Tokyo and Seoul, has established itself as a leader in corporate law in Asia: