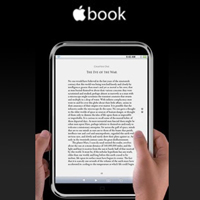 Steve Berman, managing partner of consumer protection law firm Hagens Berman and lead counsel in the case representing a proposed class of millions of e-book purchasers filed on August 9, 2011, said the findings in the Department of Justice (DOJ) case will hasten the progress of the consumer case. That case, filed on Aug. 9, 2011, seeks damages for millions of e-book purchasers to compensate them for higher e-book prices resulting from Apple and the publishers’ alleged price-fixing scheme.

“Judge Cote ruled definitively that Apple was guilty of conspiring to fix prices for e-books, and we believe this ruling is binding on the consumer case, meaning we do not need to again prove Apple’s culpability in the price-fixing scheme,” Berman noted. “Once we receive class certification, the only issue that will remain is for a jury to assess damages, which under federal law are trebled, or tripled.”

DOJ and several State Attorneys General later filed their own cases under the federal antitrust laws. Today’s ruling ends the first of two trials in the case. A second trial will be held to determine damages.

“When we filed the original consumer case, we were certain that e-book purchasers across the country were victims of a well-organized price-fixing scheme organized largely by Apple,” said Berman. “We were heartened when the Department of Justice and the States filed their own anti-trust cases. Those cases were masterfully prosecuted, culminating in today’s ruling.”

All five publishers have agreed to settlements in the DOJ, States, and consumer class cases, leaving Apple as the only remaining defendant.

For more information on this case, visit www.hbsslaw.com/ebooks.

Seattle-based Hagens Berman Sobol Shapiro LLP represents consumers, whistleblowers, investors, workers and others in complex and class-action litigation. The firm has offices in ten cities and has been named to the National Law Journal’s Plaintiffs’ Hot List five times. Founded in 1993, HBSS continues to successfully fight for consumer rights in large, complex litigation against large corporations. More about the law firm and its successes can be found at www.hbsslaw.com. Visit the firm’s class-action law blog at www.classactionlawtoday.com.