You are here: Home / Legal Opinion / The Supreme Court and same-sex marriage? 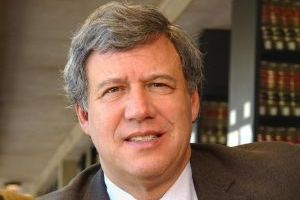 What did the Supreme Court do in its decisions on same-sex marriage?

First, in a five-to-four decision, the Court, in an opinion by Justice Kennedy, held that the federal Defense of Marriage Act is unconstitutional. In reaching this result, Justice Kennedy emphasized that he was focusing on the peculiarity that DOMA is a federal law that is making judgments about what is traditionally a matter of state concern — marriage.

He therefore made clear that although DOMA is unconstitutional, that does not necessarily mean that a state law that denies same sex couples the freedom to marry is also unconstitutional. A state, in Justice Kennedy’s view, can assert legitimate interests in defining the parameters of marriage that are beyond the purview of the federal government.

Nonetheless, in invalidating DOMA, Justice Kennedy wrote sympathetically and passionately about those who seek the right to marry. Here a few excerpts from his opinion for the Court:

Until recent years, many citizens had not even considered the possibility that two persons of the same sex might aspire to occupy the same status and dignity as that of a man and woman in lawful marriage. For marriage between a man and a woman no doubt had been thought of by most people as essential to the very definition of that term and to its role and function throughout the history of civilization. That belief, for many who long have held it, became even more urgent, more cherished when challenged. For others, however, came the beginnings of a new perspective, a new insight.

Slowly at first and then in rapid course, the laws of New York came to acknowledge the urgency of this issue for same-sex couples who wanted to affirm their commitment to one another before their children, their family, their friends, and their community. And so New York amended its marriage laws to permit same-sex marriage. New York, in common with, as of this writing, eleven other States and the District of Columbia, decided that same-sex couples should have the right to marry and so live with pride in themselves and their union and in a status of equality with all other married persons.

DOMA seeks to injure the very class New York seeks to protect. By doing so it violates basic due process and equal protection principles applicable to the Federal Government. When New York adopted a law to permit same-sex marriage, it sought to eliminate inequality; but DOMA frustrates that objective. DOMA’s principal effect is to identify a subset of state-sanctioned marriages and make them unequal.

DOMA undermines both the public and private significance of state sanctioned same-sex marriages; for it tells those couples, and all the world, that their otherwise valid marriages are unworthy of federal recognition. This demeans the couple, whose moral and sexual choices the Constitution protects, and it humiliates tens of thousands of children now being raised by same-sex couples.

DOMA is invalid, for no legitimate purpose overcomes the purpose and effect to disparage and to injure those whom the State, by its marriage laws, sought to protect in personhood and dignity.

The four conservative justices — Roberts, Scalia, Thomas and Alito — dissented. In their view, both DOMA and state laws denying same sex couples the freedom to marry are clearly and unequivocally constitutional. In their view, the issue of same-sex marriage is not a serious constitutional question. Here is representative excerpt from Justice Scalia’s dissenting opinion:

Few public controversies touch an institution so central to the lives of so many, and few inspire such attendant passion by good people on all sides. Few public controversies will ever demonstrate so vividly the beauty of what our Framers gave us, a gift the Court pawns today to buy its stolen moment in the spotlight: a system of government that permits us to rule ourselves. We might have covered ourselves with honor today, by promising all sides of this debate that it was theirs to settle and that we would respect their resolution. We might have let the People decide. But that the majority will not do.

Some will rejoice in today’s decision, and some will despair at it; that is the nature of a controversy that matters so much to so many. But the Court has cheated both sides, robbing the winners of an honest victory, and the losers of the peace that comes from a fair defeat. We owed both of them better. I dissent.

In the course of his opinion, Justice Scalia characterized Justice Kennedy’s opinion as “jaw-dropping,” “rootless,” “high-handed,” “unreasoned,” “overcooked,” “clumsy,” “untrue,” and “demeaning of the Court as an institution.”

On those issues, there was no talk from these four justices of “judicial restraint.” There was no talk of respecting the judgments of “the People.” In those situations “the People” debated and resolved the issues -just not in a way that Roberts, Scalia, Thomas and Alito were prepared to “respect.” So much for justices covering themselves with “honor.”