Mintz Levin – Adam Sisitsky – A witness testifying under oath before the SEC recently refused to answer any questions directed to him, not because of any privilege, but rather — as he said, sixty-eight different times – because he was “scared” and “frightened.”  The SEC subsequently (and successfully) petitioned a Massachusetts federal court for an order compelling the individual to re-appear before the SEC and comply with the subpoena in question. SEC v. Carlos R. Garza, 1:15-mc-91258-RGS (D.Mass.).

On August 12, 2015, Carlos Garza appeared at the SEC’s Boston District Office pursuant to an administrative subpoena served on him by the SEC in connection with the SEC’s investigation of GAW Miners, LLC, (“GAW”) a purported leader in the virtual currency “mining” industry.

According to the SEC, Garza, the brother of GAW’s CEO, served as a salesman at GAW where he focused on soliciting high-net-worth investors. GAW allegedly started as a distributor of computer hardware used in virtual currency (e.g. “Bitcoin”) mining, but its business model soon transitioned to selling shares in the profits it claimed would be derived from its own virtual currency mining operations. GAW named these shares “Hashlets” because they were claimed to represent a share of the company’s purported “hashing power,” (or computing power), that would be devoted to virtual currency mining. When its profits slowed, GAW allegedly sponsored the introduction of its own, new virtual currency, known first as HashCoin, and eventually as PayCoin. The SEC claimed that although GAW represented to the public that PayCoin would have a fixed value of at least $20 (U.S. dollars) per PayCoin, in actuality, its value quickly declined to approximately $.04 per PayCoin.

The SEC’s continuing investigation centers around potential securities law violations that occurred in connection with GAW’s sale of Hashlets and PayCoin, and the possibility that claims to investors about the virtual currency mining operations were false and misleading. The Commission is also investigating whether GAW’s Hashlet sales had the hallmarks of a Ponzi scheme and is investigating what happened to the millions of dollars in revenue that GAW earned in bitcoin and other virtual currencies.

Notwithstanding his feelings of fear and intimidation, Garza repeatedly claimed during the hour-and-a-half of testimony, that he was “eager to help” but would only do so if the SEC provided him with an attorney. After adjourning the hearing, the SEC promptly filed an Application for Order to Show Cause and for Order to Comply with Administrative Subpoena, which the Court ruled on just five days later.

Per the Court’s Order, Garza has until September 4th to comply or show cause why he need not comply with the subpoena. The Garza case further illustrates that although fear-of-self-incrimination, when properly communicated via assertion of one’s Fifth Amendment Rights, may be a valid grounds for refusing to testify before the SEC, simply claiming general fear, nervousness or intimidation, is not enough. 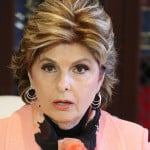 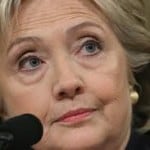