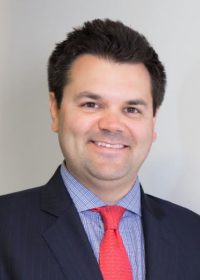 “Marisa, Joe, and Mike are key additions to both our commercial finance and banking and financial services practices—sectors in which we are experiencing a significant increase in client activity and demand,” said Marci A. Eisenstein, Schiff Hardin’s Managing Partner. “Their arrival extends the already strong capabilities of our firm and will be of great benefit to our clients.”

Marisa represents lenders and borrowers in a wide range of secured and unsecured financings. Widely known as a smart, strategic adviser, she concentrates on senior and junior capital financings, asset-based loans, secured acquisition, and other leveraged financings, debt restructuring, and intercreditor issues. She has closed many senior secured lender facilities for private equity sponsors with commitments ranging from $10 to $500 million, and negotiated and documented highly leveraged acquisition, mezzanine, and debtor-in-possession financings for numerous privately held companies, private equity sponsors and public company clients for borrowers in the U.S. and overseas.

“Schiff Hardin is exceptionally well-positioned in the finance sector, with a strong reputation for delivering superior service to clients across the nation,” said Marisa. “I look forward to contributing to the continued expansion of the firm’s influence and reach in the commercial finance space.”

A 2002 graduate of the University of Southern California Gould School of Law, Marisa earned her B.A. in Economics from Yale University in 1998. She represents corporate clients in complex finance transactions, equity investments, and other general corporate and merger and acquisition matters. Before joining Schiff Hardin, she was special counsel in the commercial finance group of Katten Muchin Rosenman LLP in Chicago. She has also served as an in-house corporate transactions attorney at General Motors Company.

Joe concentrates his practice in the financial institutions sector on general corporate matters, mergers, acquisitions, strategic transactions, and banking and consumer finance regulation. Before joining Schiff Hardin, Joe led the financial services regulatory practice at Locke Lord LLP in Chicago. Prior to that, he was counsel to the Federal Reserve Bank of Chicago, where he focused on bank, bank holding company, savings and loan holding company supervision and regulation, and consumer finance and compliance matters, gaining substantial experience in both the domestic and international banking contexts.

Joe earned an LL.M. in International and Comparative Law from George Washington University Law School in 2010 and a J.D. and LL.M. in Financial Services Law from Chicago-Kent College of Law in 2007. He graduated from Miami University with a B.A. in History in 2004. He is an Adjunct Professor of Law at the Chicago-Kent College of Law where he teaches Consumer Banking.

Mike joins the firm from Thompson & Knight in Dallas where he was an associate representing banks and borrowers in commercial finance transactions, with a concentration in the oil and gas industry. Prior to that, he was a Judicial Extern for one year for the U.S. Bankruptcy Court in the Northern District of California. Before obtaining his law degree, Mike was in business where he utilized both his economics and technology background.

Also joining the firm in Chicago are three associates, Katherine S. “Katie” Walton in the Environmental Group, Jonathan Freilich in the Construction Group and Thomas A. “Tom” Rammer, II in the Intellectual Property Group.

Previously a litigation associate at GoodSmith Gregg & Unruh LLP, Katie represents clients in a range of environmental matters. She is a 2009 graduate of the University of Michigan Law School. Jonathan is a 2009 Graduate of Loyola University Chicago School of Law whose practice focuses on construction law and complex commercial litigation. He was previously an associate at Stein Ray LLP. Tom was previously an associate in the Chicago office of Steptoe LLP, concentrating on IP litigation in the areas of pharmaceuticals, medical devices, semiconductors, and electronics, with a particular focus on Hatch-Waxman cases.
Since January 2016, Schiff has added 28 lawyers in seven offices across the firm’s national platform. 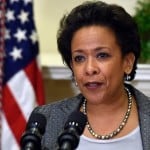