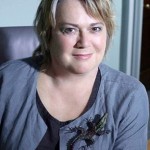 Legal aid cuts in Britain drew lawyers by the dozen yesterday, criticizing the proposals to see cuts of
£2.2billion from their legal aid budget. Among the protesters, in fact one of the most vocal, was Lucy Scott-Moncreiff, president of the Law Society and described by the “Daily Mail” as being a “posh biker”.


The proposed legal aid cuts were “bonkers” she said. The comments were made to the Justice Select Committee, many of whom are themselves lawyers.

Scott-Moncrieff, the Jennifer Paterson of the legal world, played her ace. The lawyers had looked into the Grayling proposals, she said, and they had decided they were – illegal! ‘We’ve got counsel’s opinion to that effect,’ she announced.